Dead fish are flooding the news. All the information, speculation, and outrage can get overwhelming, so let me break it down into five key points.

1. Millions of fish have died on the central coast of Việt Nam.

Local fishermen started noticing masses of dead fish blanketing local beaches in Hà Tĩnh province in early April. Soon, more of these sightings emerged and media reports estimate that more than 70 tons of dead fish have now washed ashore the coasts of four provinces in central Việt Nam. Carcasses of marine life, such as clams and even the occasional whale, are strewn across 125 miles of beaches.

To date, the government has not offered an explanation of the cause, but that hasn’t stopped people from speculating. Citizen journalists, scientists, and those affected most–fishermen and their families–have joined in a multitude of attempts to seek answers. Even state media is asking tough questions.

Fingers are pointing at the Formosa Hà Tĩnh Steel Corporation, accusing it of discharging toxic wastewater into the ocean.

The crisis brings into the foreground concerns about environmental degradation, food safety, and lax or unenforced business regulation. Those who rely on the water and fish for their livelihoods are bearing the brunt of this ecological disaster. 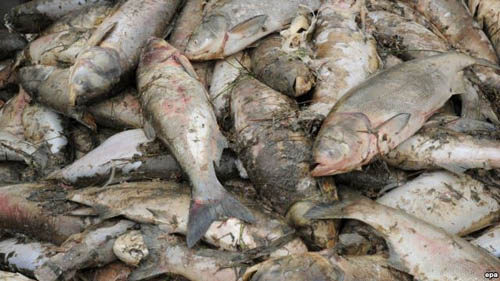 2. Formosa is no stranger to polluting the environment.

While a definite link between Formosa’s wastewater and the fish deaths has not been established, locals point to a host of circumstantial evidence.

According to Lao Động newspaper, on April 4 a local diver found the steel mill’s discharge pipe spewing dark yellow water. Two days later, the first waves of dead fish began to wash ashore, and locals noticed a yellow substance in the ocean water. Later in April, Đất Việt newspaper reported that divers working on contract for Formosa ended up being hospitalized after diving in the water near the plant. One diver died.

Formosa spokesman Chu Xuân Phàm tipped his hand in an interview with VTC14, when the reporter presented him with the observation many local fishermen had made: The previously plentiful waters have become devoid of any marine life since the arrival of the wastewater treatment system. His response enraged many.

“Many times in life, people have to make a choice: either to catch and sell fish, or to develop the steel industry. We cannot have both.”

Phàm was fired a few days after the interview, while people across Việt Nam declared: “Tôi chọn cá”, meaning “I choose fish.“

In 2009, Formosa was shamed by environment watchdog Ethecon for its poor environmental record, including dumping hazardous chemicals into the Mississippi River, and leaving mercury-laced waste at their seaport in Cambodia.

3. Angry citizens are taking action both online and off.

The grievances from citizens in this crisis range from frustration over lack of accountability, to real fear over survival.

A local fisherman lambasted officials, telling the Saigon Broadcasting Television Network the government does not value the lives of their own people.

“People have died, fish have died. And those of us who are alive are being told to ‘go swim in the water, go eat the fish, it’s fine’. Clearly they don’t look at us as people, but animals. They want us to die with the fish. They look at Formosa as gods. The foreign investment benefits them as a whole and as individuals.”

Social media has exploded over the crisis. A “We The People” petition calling for an independent investigation garnered over 100,000 signatures within 48 hours, just ahead of President Obama’s visit to Việt Nam. As online action caught fire, so did offline uproar. 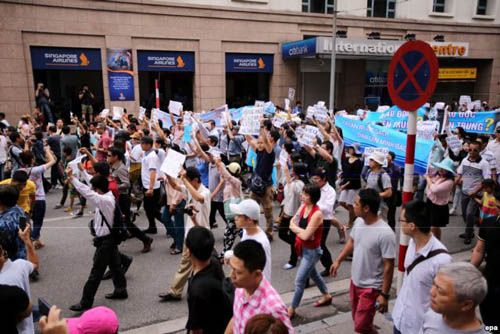 Protests started at the end of April in the central region, first in Quảng Bình, then in Huế. Then starting last week, in Sài Gòn and Hà Nội thousands took to the streets to demand answers, accountability, and transparency.

Two prominent former prisoners of conscience, Trương Minh Tam and Chu Mạnh Sơn, were arrested as they attempted to report on the crisis. Both have been released.

Just this past weekend, citizens once again took to the streets to demonstrate. On Sunday, protests in Hà Nội and Sài Gòn wereshut down within an hour. Scores of peaceful protesters were shuffled onto police buses and sent to detention centers. Others were forcefully split up, pepper sprayed, and beaten.

4. No answers from the Vietnamese government

Environment Minister, Trần Hồng Hà, declared the waste pipe illegalafter officials examined water samples around the site, but there have still been no announcements at the national level to address neither the cause nor the call for an independent investigation. Hà also apologized on behalf of the Ministry of Environment for its passivity, but both his higher up and his deputy were on a different page.

General Secretary Nguyễn Phú Trọng received criticism after visiting Formosa’s board of directors in Hà Tĩnh to check on ongoing projects without visiting victims or publicly addressing the fish deaths. 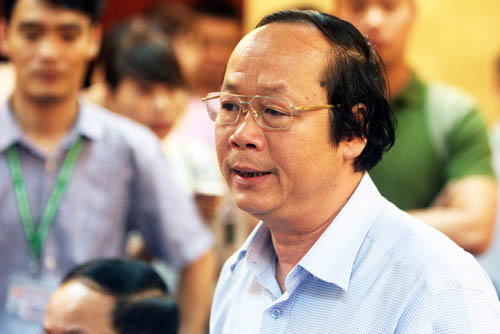 5. A freak-out over fish sauce

Following public outcry over lack of answers, in the central provinces the government has banned the use of the dead fish as food or animal feed, but many locals are concerned that without any oversight the carcasses may still be processed into fish sauce.

Some people are stocking up on fish sauce, in fear that future batches will carry toxic traces. VTV reports that at one Coopmart in Đà Nẵng, the supermarket sold out of its stock of fish sauce, salts, and canned fish for multiple days in a row. The supermarket’s deputy director told state media that fish purchases have tanked and people are now buying more poultry.

For ordinary citizens, the demand for these items is in line with their anxiety over food safety, health and well-being.

Those are the five things to know about Việt Nam’s dead fish crisis. As national tension and international attention grows, the Vietnamese government is under scrutiny not only in how it addresses the people’s demand for accountability, but also how it handles the public outcry. And it doesn’t look like the protests are dying down.