Open Letter to Frontline/ProPublica re: “Terror in Little Saigon”

I recognize the noble endeavor of the reporting team to shed light on the unsolved murders of Vietnamese American journalists. But you cannot solve one injustice — the absolutely intolerable killing of journalists in the 1980s — by creating another injustice. While it makes for a gripping production, the narrative of this investigative report is flawed.

I am writing to request that you uphold the editorial integrity and standards of the Public Broadcasting Service by retracting the program “Terror in Little Saigon” which aired and was published on your websites on November 3, 2015. I also urge Frontline and ProPublica to scrutinize the practices that permitted the publishing of unsubstantiated claims.

Let me be clear: Mat Tran (referred to as “the Front” in your program) never had a policy to use violence to silence critics. The organization never had a death squad nor a kill list.

Mat Tran was founded by a coalition of Vietnamese groups in the diaspora and from inside Vietnam. This coalition included Vietnamese university students who had been studying abroad during the War, political refugees who had recently fled the Communist dictatorship, and dissidents still living in Vietnam. The goal of Mat Tran was to mobilize the people of Vietnam in a grassroots struggle for political liberation.

Because of this aspiration for a free Vietnam, Mat Tran attracted strong support from the diaspora and policy makers in many countries. Over the years, members of the organization have contributed to building Vietnamese communities around the world. To this day, many continue to work to promote human rights in Vietnam.

The organization I represent — Viet Tan, a Vietnamese pro-democracy party — was founded by the early leaders of Mat Tran. Among our diverse membership today are activists inside Vietnam, older members who were previously active in Mat Tran, and the second generation committed to continuing the effort for a free Vietnam.

What I find troubling — and urge the PBS ombudsman to consider — is that this entire program relied on flawed reasoning: because these journalists had criticized Mat Tran, therefore that organization is responsible for the killings. This investigative report is built on theories and misrepresentations.

I urge you to consider the following:

The promotional materials claim that five former “Front” members implicated the organization for murder. But of the five former members interviewed, the only person who claims that “the Front” had engaged in murder is an anonymous source. Despite the report’s inability to confirm the credibility of this speaker, this admission is treated as “new evidence.”

The program then draws conclusions from the other four sources, passing hearsay off as fact.

The report alleges that “the Front” pursued a policy of violence against critics, yet not a single document by Mat Tran ordering attacks could be found or shown.

The webstory states that investigators “believed the Front also mailed out communiqués claiming responsibility for the crimes.” But the only “communiqué” was signed by a different group called VOECRN. The story also states that the FBI “theorized” a linkage between VOECRN and “the Front.” Yet this theory, unsupported by any evidence, is accepted as truth by the reporting team.

Neither this program, nor the FBI, has produced evidence that Mat Tran committed these crimes. Despite the righteous desire of the reporter to uncover the truth behind these injustices, the unsubstantiated claim that Mat Tran is responsible for the killings lacks journalistic integrity.

The program alleges “the Front” operated an assassination squad, made up of members from each chapter. The report does not present a single piece of evidence, document, order, or corroborated fact to support this claim.

Thompson does not seem to understand or willfully ignores the origin of the name of the unit, K-9, leaving viewers to make their own associations with a loaded term in American English.

Mat Tran did have a chapter designated as K-9 but the truth is much more mundane. As a grassroots organization, Mat Tran had chapters around the world. They were each given a number based on their geographic region: “Khu” is Vietnamese for “region.” US-based chapters were designated as Khu 1, Canadian chapters were Khu 2, European chapters were Khu 3, and so on. “Khu 9” (abbreviated as K-9) consisted of members who lived in areas without Vietnamese communities or didn’t yet belong to a more formal chapter. Just like all other chapters, members in K-9 helped to mobilize supporters and provide assistance to the movement.

In short, Mat Tran never had an assassination squad and “K-9” was simply a chapter within the organization.

3. Preconceived narrative of this program

This ill-founded narrative confidently claims that “the Front’s” “ultimate goal was to restart the Vietnam War.” In the story, Vietnamese patriots are relegated to being vengeful veterans motivated by a loss of social status. This is a gross misrepresentation of the motivations of so many activists. This dismissive portrayal of Vietnamese Americans permeates the reporting and demonizes individuals who want to see a free Vietnam.

The narrative is particularly forced if one considers that the first of the five murdered journalists, Duong Trong Lam, was killed in July 1981. “The Front” did not become active in the U.S. until 1982.

Nguyen Xuan Nghia—a “top brass ‘Front’ member” featured in the documentary—denies allegations of the killings. Still Thompson narrates: “Nghia was hard to pin down, but by now I’d seen enough documents and interviewed enough former Front members to know the group had a death squad.”

The reporter confirms that he did not hold the interview to gather information, but rather to gain supportive statements for a set narrative.

Beyond promotional materials with sensational overtones and imagery (“Terror in Little Saigon,” “An old war comes to a new country”), the program reveals a consistent thread of cultural prejudice toward the Vietnamese community. The framing of the community as one stuck in the past is demeaning and suggests that the reporting team does not afford the story the level of nuance it demands, despite two years of research.

Thompson describes commemoration events as “surreal” and a remnant of “Vietnamese-American culture today,” as though martial songs and veterans in uniform are unique to the Vietnamese community. He further describes the air of the events as “one of pride and enduring anger, bitterness and defiance.” One would not use these terms to describe Memorial or Veterans Day services to honor the sacrifices of American veterans.

The reporter validates biases that former LA Times journalist Claudia Kolker repeats, that Mat Tran leaders wanted to “continue the war,” while dismissing actual Mat Tran leader Nguyen Xuan Nghia’s statement that the organization “tried to make things change inside Vietnam.” This is one of several examples in the program in which the viewpoints of non-Vietnamese are taken as authority (despite the reporting team chastising the FBI for lacking the linguistic and cultural expertise to understand the community).

Meanwhile, in the webstory, the reporter describes early Vietnamese communities as “hungry for vengeance” and describes Mat Tran’s founder as “[recognizing] the hunger” and “developing a plan for satisfying it.” This caricature of savagery and opportunism is an affront to human rights and democracy activists everywhere.

Like many urban legends, the rumors about “the Front” originate from just a few “primary” sources but the hearsay is then disseminated, cross referenced, and made to appear like they are the viewpoints of many. In 1993, three senior Mat Tran members (Hoang Co Dinh, Tran Xuan Ninh, and Nguyen Xuan Nghia) sued the three individuals most directly associated with spreading the murder allegations: journalist Cao The Dung, author Vu Ngu Chieu, and magazine publisher Nguyen Thanh Hoang.

During the course of the trial in December 1994, Cao The Dung admitted that he had written under three different pen names (in addition to his real name) laying out in detail the supposed planning of Mat Tran members to assassinate journalists in the community. Until it was revealed that Cao The Dung was the single author of all these articles, he had used the multiple pen names to help validate and bolster the credibility of his articles. At the libel trial, Cao The Dung never substantiated the source or underlying information for his allegations.

Vu Ngu Chieu, author of a book accusing Mat Tran of the murders, distanced himself from the claims in his book during the trial. He stated that he received all his information from Cao The Dung.

Nguyen Thanh Hoang, publisher of Cao The Dung’s articles in his Van Nghe Tien Phong (“Pioneering Culture”) magazine, appeared in court as an apparent invalid, often times too weak to speak. He claimed that he had been receiving chemotherapy treatments for cancer during much of the time that the articles were being prepared for publication, hence he didn’t have the ability to fully vet them. Nguyen Thanh Hoang also claimed that Cao The Dung was a respected writer and in the Vietnamese culture it’s not appropriate to challenge a man of such esteem, hence he didn’t push back on any of Cao The Dung’s claims.

In a nutshell, these are some of the original “sources” for much of the subsequent hearsay against Mat Tran regarding the killing of journalists. The jury in this case did not rule in favor of libel because of the exacting legal standards for demonstrating defamation against public figures. However, the underlying facts are clear: if the reporting team had looked into the records from the libel case, they would have seen how flimsy and unsubstantiated the accusations against Mat Tran were.

Did the reporting team completely miss or wilfully choose to omit the substance of this court case?

6. Conclusions from the tax evasion charge

Retired police detective Doug Zwemke, who helped build the tax evasion case against Mat Tran, suggests that the indictment for tax evasion was really to serve another purpose: to get Front leaders to “snitch” on each other about the killings. If true, Zwemke’s revelation would explain why the district attorney prosecuted four Mat Tran members for relatively modest sums of money (about $50,000 total) that, if at fault, would normally warrant civil proceedings.

The report becomes conspiratorial when it floats the theory that officials in other U.S. government agencies purposely blocked the case. Since it did not fit the narrative of this story, the reporting team ignored simple facts: the district attorney could not proceed with the case because they did not have sufficient evidence to win a conviction. After the case was dismissed in 1995, the district attorney had one year to re-initiate the case but chose not to do so. In short, Mat Tran members had not diverted any funds for their private use.

This investigative piece did not find justice for the Vietnamese-American journalists who were killed in the 1980s. What the report satisfies is a preconceived narrative that the Vietnamese-American community was terrorized by anti-communist extremists. This is not the community that many Vietnamese Americans would recall. This caricature is insulting to our community while facilitating the false depiction of a “trail of terror” implicating a prominent anti-communist organization of the time.

In a video posted on ProPublica’s YouTube channel, A.C. Thompson summed it up himself: “All these crimes remain unsolved, 30 some years later. We don’t know for sure who did these crimes.” Despite Thompson’s admission, you aired a program and published an article that assigned direct responsibility for the killing of five Vietnamese-American journalists.

I urge you to conduct an internal investigation of this program. I trust that Frontline and ProPublica will exemplify its commitment to professionalism and intellectual honesty by retracting “Terror in Little Saigon” and apologizing to those who were falsely accused in this program. 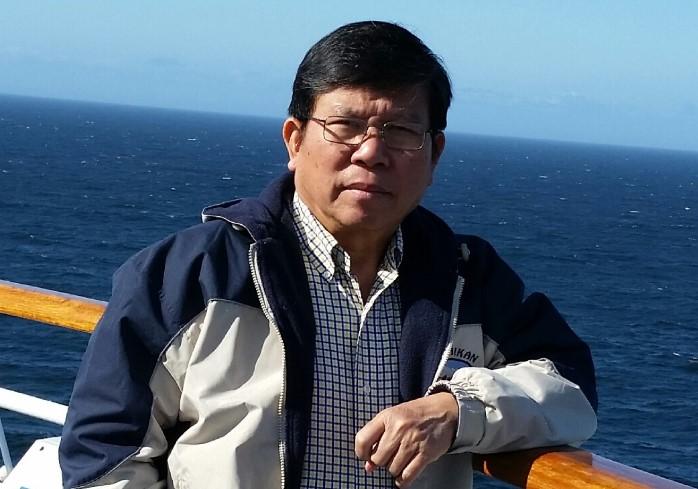 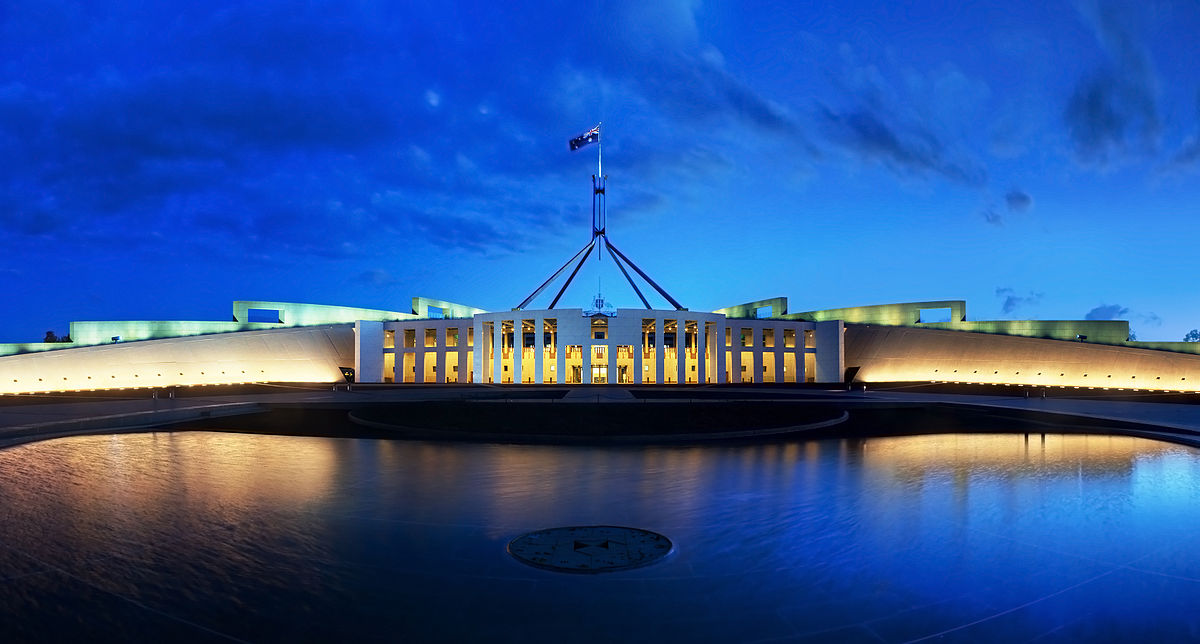