Reasons for the Public Introduction of Viet Tan

Following is the speech titled “Reasons for the Public Introduction of Viet Tan” delivered by Party Chairman Nguyen Kim on September 19, 2004 in Berlin. 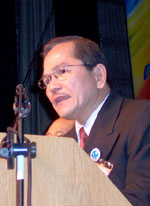 Going back in Vietnamese history 120 years ago, the Nguyen Dynasty signed an agreement recognizing the colonization of the French upon Vietnam. This agreement was the Treaty of 1884. That year also marked the 20 year anniversary after Nguyen Truong To, a pioneer philosopher and reformist, first proposed his ideas to modernize Vietnam. He presented over 60 proposals, white papers, and letters to government officials and colleagues pushing for a different approach to move the country forward as the Japanese had done with their country. Unfortunately, Nguyen Truong To’s ideas were pushed aside by his contemporaries and government officials. Instead, Vietnam found herself in a war with the French, where she could not match France’s military might. One-by-one the forts, once thought impenetrable that they could withstand any attack, soon fell easily into the hands of the French colonial force. And soon Vietnam fell into the control of the French. The Vietnamese people suffered over 100 years of colonization. The root cause of this failure was the short sightedness of the nation’s leadership. They were reluctant to reform the country because they were afraid of losing power. The inter-dependency between national independence and modernization was a valuable lesson paid by the blood and tears of generations of Vietnamese.

Over fifty years ago, some Vietnamese chose to follow communism and the promises of peace, happiness, and prosperity. The communist road was a new approach at the beginning of the century with promises to bring equality among the classes in all nations and happiness to all individuals. Unfortunately, this approach brought long lasting and detrimental consequences to our country. Communism replaced the enslavement by the colonists with the enslavement to an ideology. This type of enslavement has been many times more severe, and much more difficult to break away from, than the French colonization. In applying communism over Vietnam, the communist government uses the propaganda strategy of limiting information to the general public with the goal of securing control over the population. This strategy brings with it backwardness and significantly slows down the development of the country.

Today, we find ourselves in a position to make a choice of historical significance. Our country is far behind other countries in southeast Asia. In 1975, the level of development in these same countries was comparable with the development of South Vietnam. However, today the development level in Vietnam is at least 30 to 40 years behind that of neighboring countries. In some areas, Vietnam is currently behind the developed countries as much as 100 years. This is a national shame for all Vietnamese. If we let the current situation persist, Vietnam could forever lose its ability to catch up with the rest of world and remain as an under-developed country facing the darker side of globalization.

This is the common concern for all Vietnamese!

The questions of national independence and reform of 120 years ago still confront the Vietnamese people today!

In spite of the difficulties, we also have unique opportunities available to us that previous generations of reformists did not have.

First, there is no foreign army on Vietnamese soil. The people who are holding the guns to protect the current regime will also be the first to join us, the Vietnamese people, once it is apparent that the current regime is weak and will crumble from inside. History proved the same for Eastern Europe and the Soviet Union.

Second, the Diaspora after 1975 has led to a significant segment of the Vietnamese people living outside of Vietnam. This group of people can be relied on to help modernize Vietnam and so avoid the dependency on foreign powers as before. Only Vietnamese will never abandon Vietnamese.

To take advantage of these historical opportunities in order to solve the challenges of reform and national independence as well as erase the national shame and turn concerns into actions, we must mobilize the full power of the people toward a national political alliance.

Viet Tan shall join forces with all patriotic individuals, groups and organizations to struggle against the dictatorship of the Communist Party preventing the advancement of the Vietnamese people and to launch a movement to reform the ethos, social institutions, and society of Vietnam.

Even though Viet Tan announces its public introduction today, Viet Tan has been a continuous part of the struggle over the last two decades. Twenty two years ago, on September 10, 1982, Viet Tan was founded by Chairman Hoang Co Minh in a border area of Vietnam.

The sacrifices of the Vietnamese people and of the members of the National United Front for the Liberation of Vietnam over the last twenty years have created a foundation for our struggle today. These sacrifices will be recorded as shining moments in Vietnamese history for successive generations to be forever proud to be Vietnamese.

Today marks a significant occasion for members of Viet Tan. The public introduction of Viet Tan to the Vietnamese people as well as the international community symbolizes in a concrete way the rejection of one-party dictatorship in Vietnam. It also is a step toward making political pluralism a reality in Vietnam.

The appearance of Viet Tan, which aims to abolish the dictatorship and reform Vietnam, responds to the aspiration of the vast majority of the people for democracy and development. These have been indivisible goals ever since the country fell under the total domination of the Communist Party.

For the organizations and individuals inside Vietnam struggling against the communist dictatorship, the appearance of Viet Tan, a political party with a strategy and leadership in the open, will facilitate our communication and further collaboration as we struggle for a common objective.

For the political organizations and Vietnamese associations overseas, Viet Tan will openly pursue areas of cooperation, contributing toward a healthy political environment that fosters mutual respect and collaboration.

For Vietnamese overseas, Viet Tan seeks to be part of community efforts to protect our cultural heritage and build a united community with strong ties to our motherland. Together, our efforts will help abolish the dictatorship and modernize our country.

We believe the public appearance of Viet Tan will allow us to contribute effectively to the process of positive change in Vietnam in the days and months ahead.

Our generation has a meeting with destiny as we face the same unresolved problems of the last 120 years. We also have unique opportunities that our forefathers did not have. This is the moment when all Vietnamese people who share a yearning to bring a resolution to the problem of dictatorship to join hands to modernize and reform Vietnam. 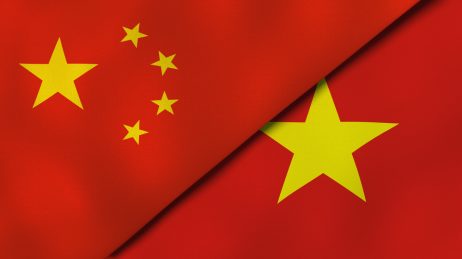 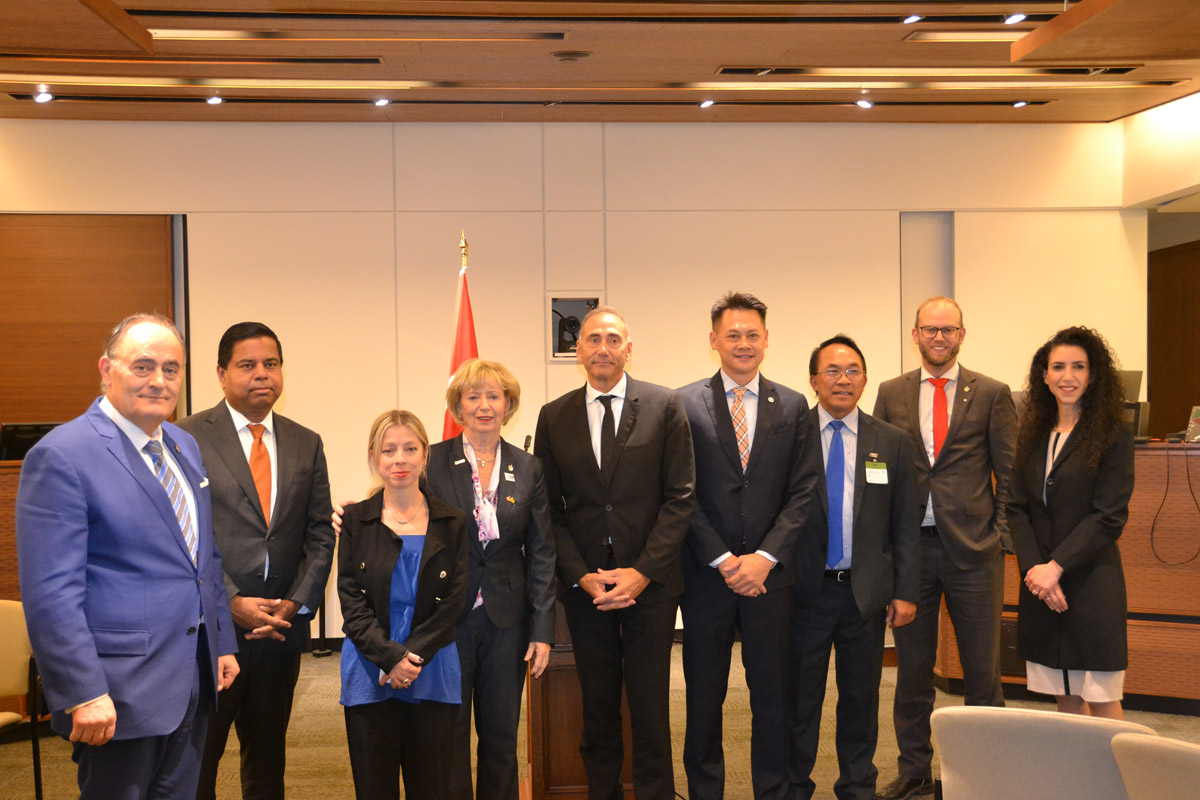 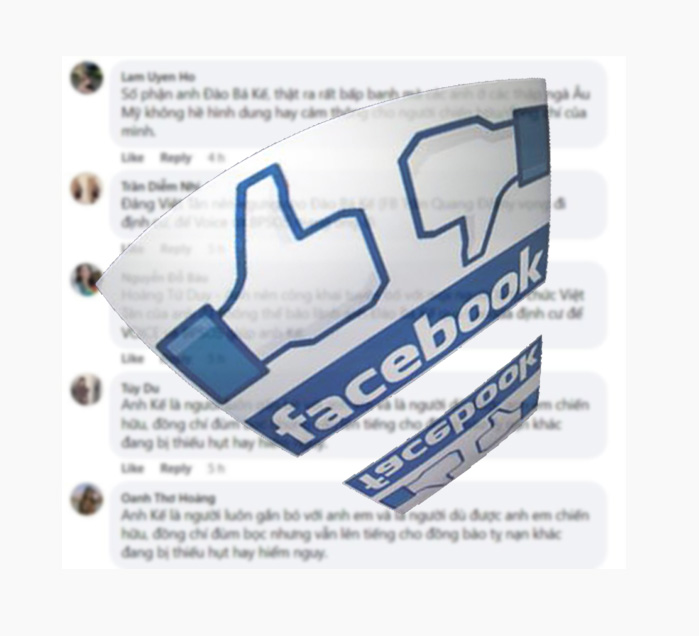 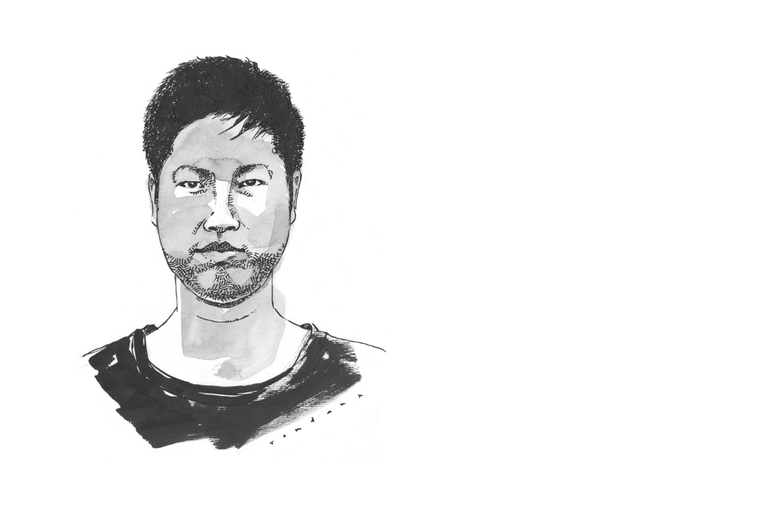