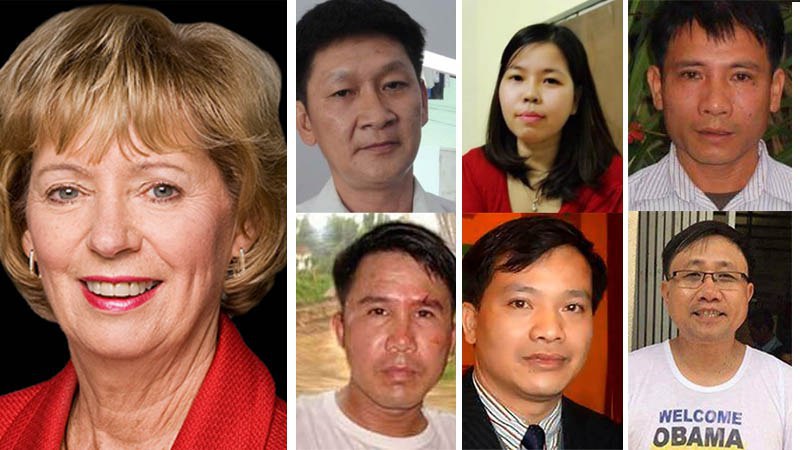 The Honorable Justin Trudeau
Prime Minister of Canada
Office of the Prime Minister
80 Wellington Street
Ottawa, ON K1A 0A2

I am writing to you on behalf of my constituents regarding the unprecedented crackdown against peaceful expression in Vietnam.

The Socialist Republic of Vietnam continues to go against its pledge to respect for international norms on human rights since becoming a signatory to the Universal Declaration of Human Rights and the International Covenant on Civil and Political Rights. Vietnam has yet to demonstrate its willingness to clean up its horrific human rights record and remains one of the most repressive regimes in the world.

Vietnam continues to criminalize voices of conscience, cracking down on freedom of expression, detaining advocates and drafting cybersecurity laws which target online content critical of the state. The Hanoi regime continues to resort to vaguely defined
national security provisions, especially Articles 79 and 88 of the Vietnamese Penal Code to justify repression of free expression, free information and peaceful advocacy. Human rights defenders such as Tran Thi Nga, Nguyen Van Oai, and Nguyen Ngoc Nhu Quynh are recent victims of the Penal Codes who have also been sentenced to lengthy prison terms.

As you prepare for the next round of negotiations for the CPTPP, I hope that you will send a strong message to the leaders of Vietnam by making human rights a requirement. I hope that you will join international human rights organizations in urging the Vietnamese government to uphold their commitment to human rights and to respect the International Covenant on Civil and Political Rights by releasing the activists and bloggers mentioned above as well as all other prisoners of conscience in Vietnam.

I urge you to make it clear that while closer diplomatic relationships is possible, strengthening economic ties between Canada and Vietnam can only be possible by respecting basic freedoms. Both nations can thrive and will thrive on accountability where the law is used to protect rather than repress citizens.

Thank you for your consideration.