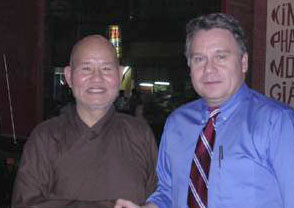 US Congressman Chris Smith and Revevend Thich Quang Do

Vietnam’s accession to the World Trade Organisation should be linked to it improving its human rights record, a US Congressman has said, even though Washington has steered clear of making such a tie.

Chris Smith, Chairman of the House Subcommittee on Global Human Rights, told AFP late Sunday at the end of a four-day trip that Vietnam had to show “systemic reforms in its human rights policies.”

This was also essential, he said, for Vietnam to be taken off a US blacklist of countries “of particular concern on religious freedoms.”

Vietnam has yet to get the United States to approve its application to join the WTO but Washington has not set human rights conditions in the drawn-out talks focusing on market access and protection of intellectual property rights.

“It would be unfortunate to move ahead on WTO without linkage to human rights,” Smith said.

The New Jersey lawmaker, who belongs to the Republican Party of President George W. Bush, said any accord with Vietnam would have to be ratified by Congress and that he would demand such a linkage. “We’ve learned our lessons from the bilateral trade agreement,” he said referring to the 2000 accord signed with Hanoi, which made no human rights demands.

“Many of us in Congress will be very vocal with what we know, what we believe to be the truth… to make sure reforms are made before there is any WTO,” he said.

Similarly, in order for Vietnam to get off the religious freedoms blacklist, which includes China, Eritrea, Iran, Myanmar, North Korea, Saudi Arabia and Sudan, there have to be “comprehensive reforms”, Smith said. “They have to release political, religious prisoners — it’s unclear how many there are.”

Last May, the US State Department said Vietnam had started easing religious restrictions as part of a bilateral accord made public ahead of the first visit by a Vietnamese prime minister to Washington since 1975.

But last month, Washington kept the communist nation on the blacklist. Smith said he had met about 60 people, including leading dissident Buddhist monk Thich Quang Do and Vietnamese deputy foreign minister Le Van Bang and had got “mixed responses.”

Do, who is under house arrest in the southern business hub Ho Chi Minh City, told him of the need for democracy, religious freedoms and a multi-party system. 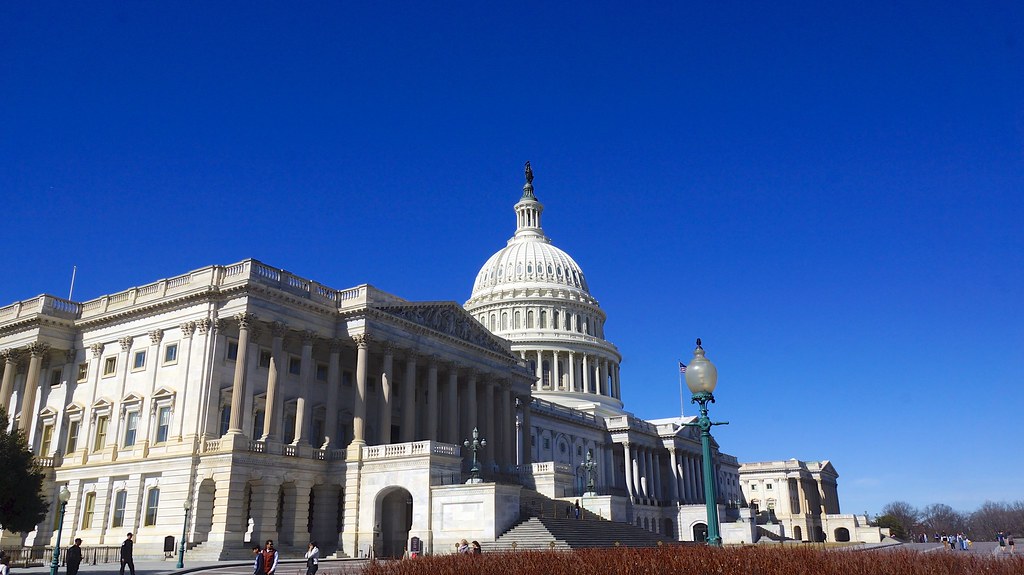 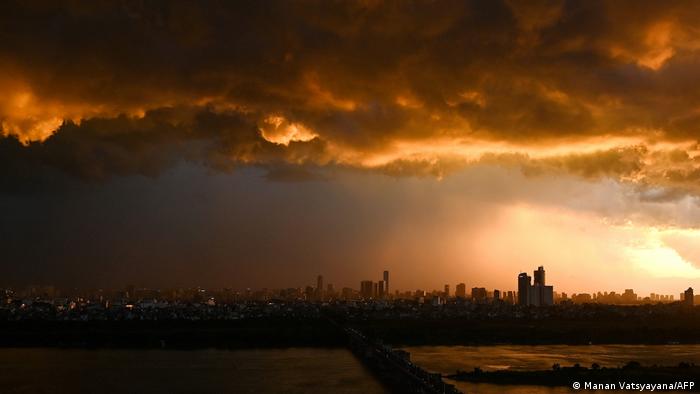