CHO LON, Vietnam—When President George W. Bush sits down with Vietnamese President Nguyen Minh Triet at the White House on Friday, it will be the first time that a Communist President of Vietnam has called on the President of the former enemy, the United States. The meeting may also mark a turning point in the history of the Socialist Republic of Vietnam.

Vietnam’s industrious people and cultural heritage make it a country rich in natural and human resources. For too long, Vietnam’s authoritarian state trampled on the country’s tremendous potential by crushing freedoms and basic human rights. After South Vietnam ceased to exist, a million people were sent to re-education camps, and an estimated one million more fled to foreign shores.

Fortunately, many people in the South, with some resilience left from the previous market economy and millions of dollars sent back home by overseas Vietnamese, stood up to their communist oppressors.

Contagious protests, spreading even upward to the North, took place as communism in Europe was collapsing.

As a result, the government decided to try capitalism in 1986 and Hanoi looked to its former foe, the U.S., for help. Hanoi and Washington established diplomatic relations in 1995, and signed a bilateral trade agreement in 2001 that proved a real rainmaker for Vietnam’s parched economy. In early 2007, the U.S. helped Vietnam join the World Trade Organization by granting it Permanent Normal Trade Relations status.

Washington even removed Vietnam from a list of countries of “particular concern” for religious freedom violations, based on Hanoi’s commitment to improve its human-rights record and to adopt greater political openness.

Contrary to the expectations of many people as well as some governments, however, Hanoi launched a brutal campaign of repression against anyone who called for human rights and democracy.

All of these prisoners almost certainly face many additional years of house arrest, even after their release. Meanwhile, the results of the May 20 National Assembly elections, which gave the Communist Party a 91% majority, have practically put an end to all tenuous hopes of multiparty participation in the political future of the country.

Now, as a member of the community of nations, Vietnam has new rights but also new responsibilities—above all to its own citizens. It’s time to emerge from the dark ages and embrace freedom, the rule of law and universal human rights. The Politburo must realize that 65% of the population belongs to the post-war generation that does not accept the loss of their liberties and that the new generation, if unfettered, will join in rebuilding the economy and the nation.

If the Politburo continues to reject the demands of its own people, it will find that foreigners might not be so eager to invest in its growth—and neither would the Vietnamese diaspora. Vietnam’s high but unstable economic growth would be imperiled, and could trigger social unrest. That outcome benefits no one. 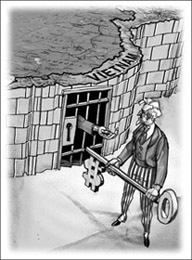 The movement for change is already underway. In spite of all the repression by the Vietnamese Communist Party, in 2006 the pro-democracy movement made great strides forward. Block 8406, a democracy group, was formed, as were a host of other new parties such as the Democratic Party and the Progressive Party. Rights groups like the Committee for Human Rights, the Independent Labor Union and the Peasants and Workers Solidarity Association sprouted. New media were founded, like the online newspapers Liberty of Expression and Liberal Democracy. Above all, large numbers of people are now rallying under the name of the Human Rights and Democracy Alliance for Vietnam, an umbrella organization of human-rights activist groups.

The results are limited because all these groups are compelled to restrict their communications with each other to using only the Internet as they try to mobilize the people.

Their demands are simply for fundamental rights and political reforms according to the U.N. Universal Declaration of Human Rights and the U.N. Convention of Civil and Political Rights.

The U.S. should encourage this social revolution, hearkening back to the aims of U.S. involvement in the 1960s and early 1970s, when three million Americans served, 58,000 died, and 300,000 were wounded in the struggle for an independent, democratic Vietnam.

President Bush has already seen what political pressure can accomplish. He recently met in the Oval Office with four Vietnamese-American democracy activists, an act that sent a clear message to Hanoi.

He followed that up by speaking to the Global Democracy Conference in Prague, where he expressed public support for democratic activists in Vietnam, among other countries, and called for the immediate, unconditional release of all political prisoners. A few days later, Hanoi responded by freeing journalist Nguyen Vu Binh and, a few days after that, lawyer Le Quoc Quan .

Releasing a few dissidents, however, doesn’t represent a serious commitment to reform. Like other activists, I hope I shall see some more encouraging results from Mr. Bush’s welcome to Vietnam’s top leader. Vietnam would benefit greatly from wider freedoms, particularly freedom of speech and freedom of assembly. It’s time for Hanoi to adopt, without delay, a timetable for the democratization of Vietnam.

The U.S. has the economic and political leverage to help achieve these goals, because ultimately, Hanoi needs Washington more than Washington needs Hanoi.

The best legacy of the war era for both our peoples would be to have a vibrant democratic society emerge; one that reflects the aspirations of all Vietnamese people, and one that plays a positive role in Asia as a strategic and economic ally of the U.S. When that happens, the world will see a new Vietnam emerge as a dynamic member of the Association of South East Asian Nations and a creditable partner on the international scene.

Dr. Que, a physician, is currently under house arrest in Cho Lon for peacefully advocating human rights and democracy.