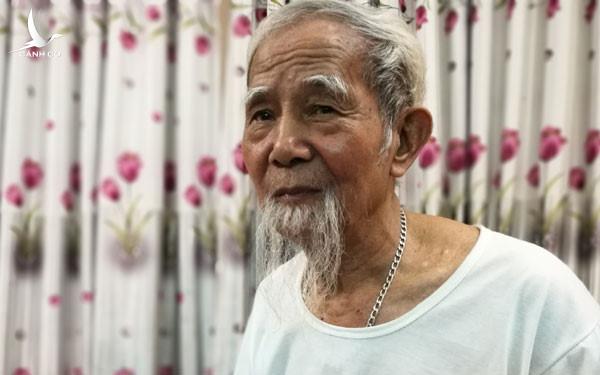 The recent violent land dispute spotlights serious issues that remain to be addressed.

Thousands of Vietnamese security police stormed a village on the outskirts of Hanoi in the early hours of January 9. As if moving against a terrorist leader, security forces sealed off the commune of Dong Tam, illuminated the night with flash grenades, and in a hail of bullets burst into the home of 84-year-old Le Dinh Kinh.

Security forces reportedly killed Kinh, along with his son and his 3-month-old grandson. But Le Dinh Kinh was not a terrorist or fugitive. A long-time member of the Communist Party, he was the patriarch of a respected family and leader of a local protest movement against corruption.

For several years, the Hanoi municipal authorities had been trying to seize a portion of the Dong Tam commune through physical intimidation and legal threats. In April 2017, local authorities began to section off land that historically belonged to the commune. When Le Dinh Kinh arrived on the scene to object, police physically attacked the elder and broke his leg.

In a twist, local residents then converged on the officials and somehow detained 38 officials and police officers for a week. To resolve the standoff, the chairman of the People’s Committee of Hanoi, Nguyen Duc Chung, personally met with the local residents. Chung, who was the former police chief of Hanoi, promised no reprisals and to resolve the land dispute peacefully.

In December 2019, Chung issued an order further pressuring Dong Tam to relinquish their land. Residents of Dong Tam organized a spirited town hall in which they accused Nguyen Duc Chung of being part of a corrupt faction. The local residents opposed the decision by authorities to give their land to Viettel, Vietnam’s largest telecommunications group. Residents said they would stand their ground, heeding the public calls by Vietnamese leaders to resist corruption.

In the days following the police attack, Vietnamese state media accused the residents of being armed and interfering with the construction of a nearby airport fence. State media said Le Dinh Kinh died “resisting officials carrying out their public duty.” Authorities also claimed that three security officers lost their lives during the action. Without independent outside access to Dong Tam it is hard to evaluate the claims in state media.

What is known is immediately prior to the police assault, internet service around Dong Tam was suspended. Video footage taken on mobile phones and later uploaded online showed police convoys heading into the commune followed by sounds of explosions. Relatives were able to recover the body of Le Dinh Kinh the subsequent day. According to video footage, he appears to have been shot through the head and heart.

Authorities have tried to suppress the news coming out of Dong Tam. Vietnam’s Ministry of Information and Communications criticized Facebook for being slow to respond to government requests to take down content surrounding the attack. Police also isolated leading bloggers, based 25 miles away in Hanoi, from reporting on the incident. One well known citizen journalist, Trinh Ba Phuong, was effectively put under house arrest for his live reporting the day before.

Currently, tensions remain high and it is unclear how many residents from Dong Tam were harmed and how many remain in police detention. Authorities have reportedly prevented freedom of travel to and from the commune. The incident is believed to be one of the highest-profile security actions taken against domestic opponents in recent years.

Human rights groups have called for transparency. “Vietnam’s national authorities must launch an impartial and transparent investigation of these events that gets to the bottom of what happened, who is responsible for the violence, and whether police used excessive force,” said Phil Robertson of Human Rights Watch.

But the larger issue driving land disputes in Vietnam is official corruption and lack of accountability. It is widely believed that party and government officials enrich themselves by granting land usage. According to Vietnamese lawyer Le Cong Dinh, “Those land disputes are originated from the regime of land use rights, which allows the State to acquire, possess and control all lands within the Vietnamese territory in the name of the ‘people.’”

Perhaps what spooked the authorities the most is that Le Dinh Kinh organized his neighbors to seek justice. In one of the commune’s final public meetings, which went viral online, the speakers refuted the accusations by Hanoi officials that local residents were being controlled by external forces. This is our land, they said, and we are willing to die here.

The killing of Le Dinh Kinh has sparked an outpouring of grief among Vietnamese netizens and prayer vigils in activist churches in Hanoi and Nghe An. In many ways, the violent crackdown in Dong Tam — which means “united hearts” – spotlights the broader crisis of legitimacy for Vietnam.

Duy Hoang is a U.S.-based leader of Viet Tan, an unsanctioned pro-democracy political party in Vietnam.

Originally posted on: The Diplomat