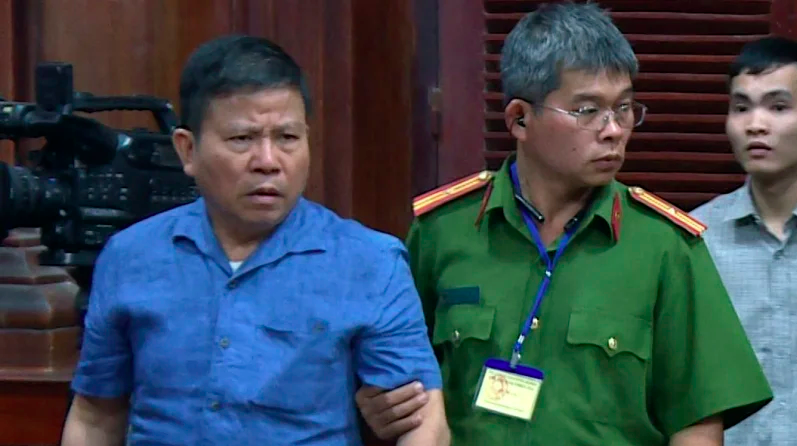 Chau, a 70-year-old Vietnamese-Australian man who is a member of the US-based human rights group Viet Tan, was convicted on terrorism charges. He was accused of giving $400 to a man to help fund the activities of Viet Tan.

The Ministry of Public Security said he had raised funds for anti-state activities, joined anti-Vietnam protests in Australia and recruited members for Viet Tan.

While primarily US-based, Viet Tan has members in Australia as well. The United Nations has described them as “a peaceful organisation advocating for democratic reform” in Vietnam.

The Australian director of Human Rights Watch, Elaine Pearson, said that back in the 1980s, Viet Tan overtly supported resistance to the socialist regime in Vietnam but “they haven’t done that for a long time”.

“They operate openly in the US, in Australia, and certainly they are not a terrorist group. For someone to be prosecuted for associating with them – these people are not ISIS. These people promote human rights and democracy in Vietnam,” she said.

“They have members in Sydney and Melbourne, for example, they are active in Australia but it’s in the US where they are much more active.”

In the lead up to Chau’s trial, Australia’s Department of Foreign Affairs would say only that it was “providing consular assistance to an Australian man detained in Vietnam”.

Following his conviction, Foreign Minister Marise Payne said: “as Mr Chau is able to appeal the sentence under Vietnamese law, it would be inappropriate, and not in Mr Chau’s best interests, to comment while legal processes remain available”.

Following his conviction, Foreign Minister Marise Payne said: ‘‘as Mr Chau is able to appeal the sentence under Vietnamese law, it would be inappropriate, and not in Mr Chau’s best interests, to comment while legal processes remain available’’.

“However, the government of Vietnam is well aware of our interest in Mr Chau’s case and his welfare. We will continue to engage with our Vietnamese counterparts on this matter.”

On a visit to Hanoi in August 2019, Prime Minister Scott Morrison said, “Australians need to abide by the laws of the countries which they visit” when asked about Chau’s case.

“It’s extremely disappointing, one would have hoped that the Australian government would have learned lessons from the case of Hakeem al-Araibi – they need to speak publicly as well as privately to move governments to do the right thing.”

Araibi, a refugee footballer who was detained in Bangkok last November and who faced deportation to his birth country of Bahrain – where he feared torture or worse – was released in February after a massive campaign to release him eventually forced the Australian government to speak out forcibly, publicly, to call for his release.

Chau is a retired baker from Sydney, who will not benefit from the noisy backing of the global football community.

And Vietnam is an increasingly important ally of Australia and the US in south-east Asia. It’s seen as a balancing force against an increasingly assertive China. The Australia-Vietnamese trade relationship is strong and security ties are growing stronger, too.

Despite being an ever-closer ally of the west, the government of Vietnam is intolerant of critics of its one-party state.