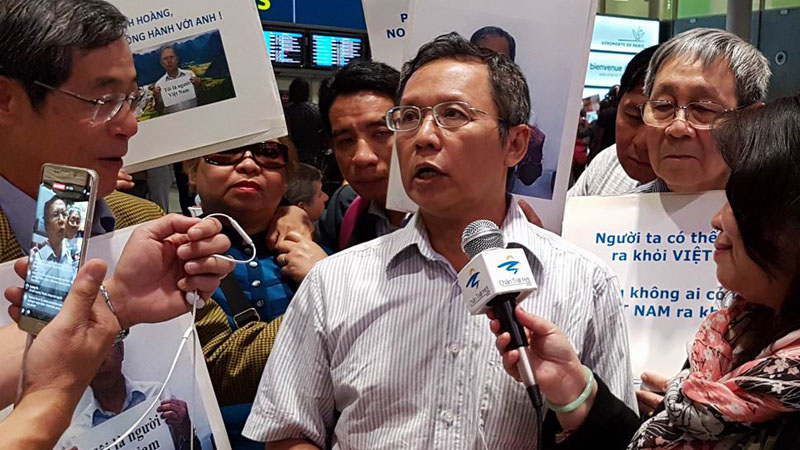 Pham Minh Hoang is a long-time non-violent advocate for democracy and human rights in his home country, Vietnam. In retaliation for his exercise of the rights to freedom of opinion, expression and association and his efforts as a human rights defender, the Government of Vietnam revoked Mr. Pham’s Vietnamese citizenship in May 2017 and in June 2017 forcibly expelled him from his homeland to France, a country as to which he had acquired dual citizenship in the mid-1990’s but in which he had not lived since his return to Vietnam nearly two decades ago. His expulsion has separated him from his family, including his wife, who is not a French national, their young daughter, and a disabled brother who was dependent on Mr. Pham for his daily care. Equally, it has separated him from the land that is his home and from the pro-democracy, pro-human rights advocacy to which he has dedicated himself for so many years.

CIHR’s submission to the Special Rapporteurs highlights the ways in which Vietnam’s actions in revoking Mr. Pham’s citizenship and expelling him to France violate Vietnam’s obligations under the Universal Declaration of Human Rights and the International Covenant on Civil and Political Rights and entitle Mr. Pham to a remedy. These actions violate Mr. Pham’s right not to be arbitrarily deprived of his nationality, his right to remain in his own country, and his right not to be subjected to interference with his family life, as well as his rights to freedom of opinion, expression and association. As a matter of international law, Mr. Pham is entitled to a remedy for these violations that includes the restoration of his citizenship.

“Vietnam’s revocation of Pham Minh Hoang’s citizenship was completely arbitrary. The decision was made with no prior notice to Mr. Pham, no statement of reasons for the revocation, and no opportunity, before or after the fact, for Mr. Pham to challenge the revocation,” said Bridget Arimond, attorney for Mr. Pham and Clinical Professor of Law at Northwestern Pritzker School of Law’s Center for International Human Rights. “Mr. Pham’s non-violent activism has led in the past to severe retaliatory acts by the Government of Vietnam, including arrest, lengthy imprisonment, and repeated interrogations. Against this background, the only conclusion that can be drawn is that he was stripped of his citizenship and expelled from his homeland in retaliation for his non-violent advocacy for democracy and human rights, which he engaged in individually and in association with the pro-democracy organization Viet Tan. We are asking the Special Rapporteurs to appeal to the Government of Vietnam to restore Mr. Pham’s citizenship and to expedite his return to his homeland and his family.”