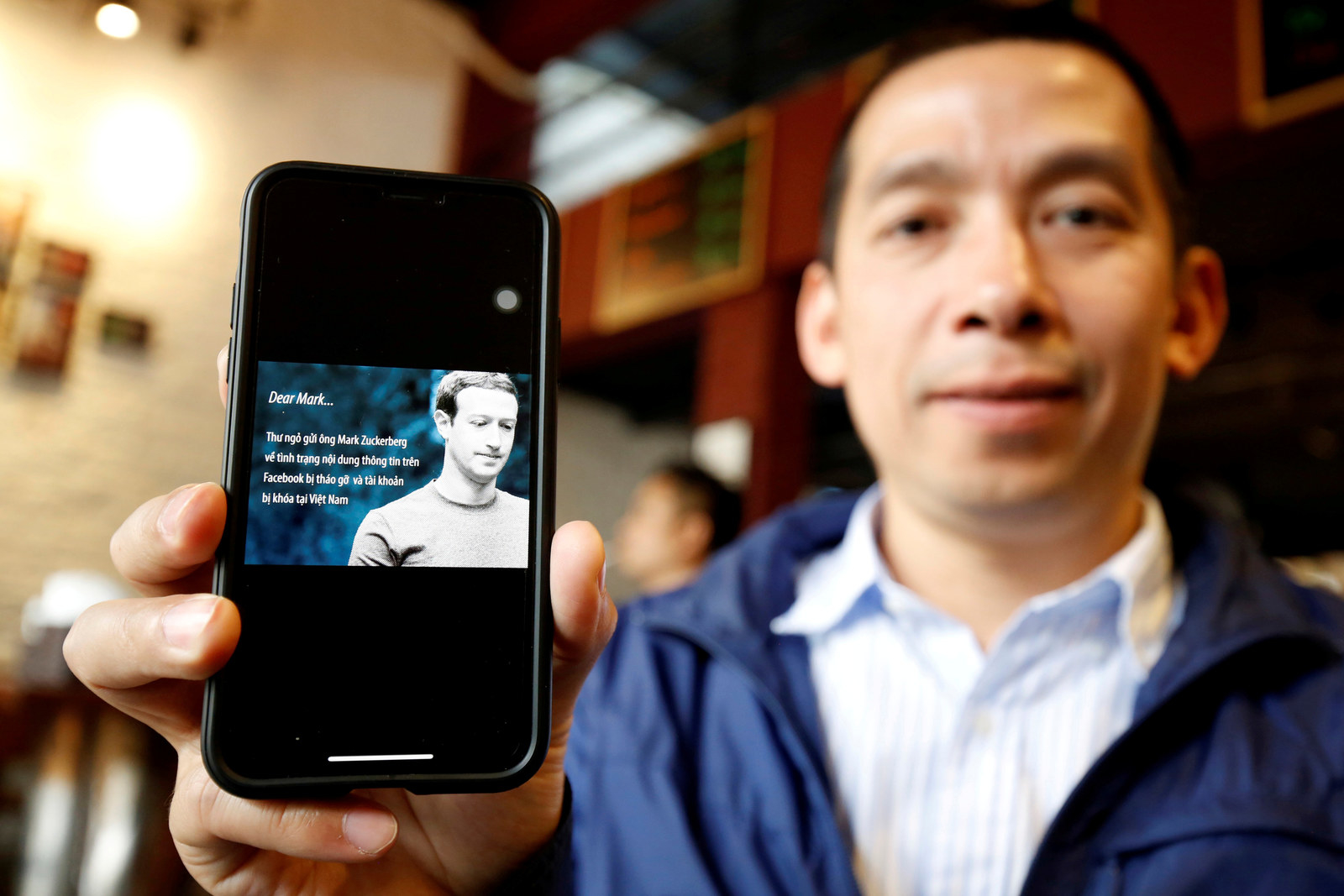 The open letter from human rights activists and independent media groups in Vietnam criticizing Mark Zuckerberg comes ahead of his Congressional hearings and amid a rising tide of global criticism over Facebook’s content moderation policies.

Dozens of journalists, human rights advocates and civil society groups in Vietnam have criticized Facebook’s Mark Zuckerberg in an open letter ahead of him testifying before Congress.

The letter claims Facebook inappropriately suspended accounts and removed content belonging to human rights activists and journalists at the behest of the government.

It comes amid a rising tide of criticism of Facebook by groups in countries such as Myanmar and Sri Lanka over the platform’s content moderation policies, which critics say have been too lenient with accounts that seek to spread violence and attack minority groups.

Facebook has also been accused of cooperating with repressive governments. In Cambodia, government officials have told BuzzFeed News they had a direct line to Facebook, which they use to suggest accounts and posts to take down, including those deemed to be too critical of the prime minister.

Zuckerberg is set to testify before members of two US Senate committees on “privacy, safety, and democracy” after a major data privacy scandal that affected up to 87 million Facebook users.

“We’ve noticed a troubling increase in the number of activist Facebook pages taken down and content removed. We have evidence that government-sponsored trolls are behind the ‘abuse’ reports that led to the content takedown,” Duy Hoang, an organizer with the pro-democracy group Viet Tan, told BuzzFeed News. “Unfortunately, when activists contacted Facebook, they only received vague responses from the company.”

“We are concerned that Facebook is unwittingly helping the Hanoi authorities to censor free expression,” Hoang added.

Facebook did not immediately respond to a request for comment, but it has said in the past it does not remove content beyond what’s banned under its community standards.

Hoang said civil society groups like his felt they had a good working relationship with Facebook until representatives from the company, including the head of global policy management, met with Vietnam’s Ministry of Communications and Information last April. At that meeting, Vietnamese officials emphasized the problem of “toxic” content on the platform, including content hostile to the state, according to local media reports.

The meeting came after the government pressured local companies to pull ads from Facebook until it addressed the “toxic content” issue, Reuters has reported. At the time, the government said Facebook had agreed to set up a direct channel for Vietnam’s communication and information ministry to report objectionable content.

Facebook said then it abided by its own terms of service as well as the law, and that it published requests from governments in an annual report called the Global Government Requests Report.

Vietnam is home to some 55 million Facebook users, a little less than half its population. About 70 percent of people in Vietnam are online.

The open letter, which was signed by 16 activist groups and media organizations as well as 34 well-known Facebook users, says that high-profile citizen journalists were unable to post ahead of and during a high-profile trial of pro-democracy activists from the Brotherhood for Democracy on April 5.

“We appreciate Facebook’s efforts in addressing safety and misinformation concerns online in Vietnam and around the world,” the letter says. “Yet it would appear that after this high profile agreement to coordinate with a government that is known for suppressing expression online and jailing activists, the problem of account suspension and content takedown has only grown more acute.”