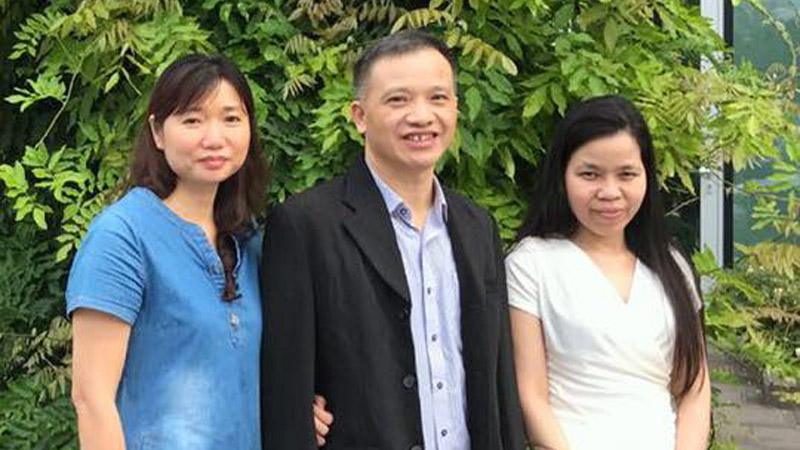 HANOI/BERLIN (Reuters) – Human rights lawyer Nguyen Van Dai has arrived in Germany after his release from prison in Vietnam, the German foreign ministry said on Friday, two months after a conviction for attempting to overthrow the state that carried a 15-year jail term.

Dai, founder of the group “Brotherhood for Democracy”, was released from prison late on Thursday along with his assistant, Le Thu Ha, who was serving a nine-year term, the U.S.-based human rights group Viet Tan said.

Dai arrived in Germany with his wife, Vu Minh Khanh, and Ha, a foreign ministry spokeswoman told a news conference in Berlin, the German capital.

“The German government welcomes the release of Nguyen Van Dai and Le Thu Ha,” said the spokeswoman, Maria Adebahr. “We see it as remarkable humanitarian step from the Vietnamese side and a good signal to the international community.”

Dai and Ha were among six members of the Brotherhood charged with activities “aimed at overthrowing the people’s administration” and convicted by a Hanoi court in April.

The Brotherhood conducted anti-government activities to “build multi-party democracy”, a copy of the official indictment showed.

Dai and Ha did not appeal the verdict, but four other members of the group had their appeals rejected on Monday, with the court upholding their jail terms of between seven and 12 years.

Germany’s offer of asylum to the three was welcomed by New York-based Human Rights Watch.

“When an intolerant government pushes out such intelligent and passionate reformers like Nguyen Van Dai who have so much to contribute, it hurts all the people of Vietnam, not just the three sent into exile today,” said Phil Robertson, deputy Asia director of the group.

Reporting by Hanoi Newsroom and Michelle Martin in BERLIN; Editing by Darren Schuettler and Clarence Fernandez