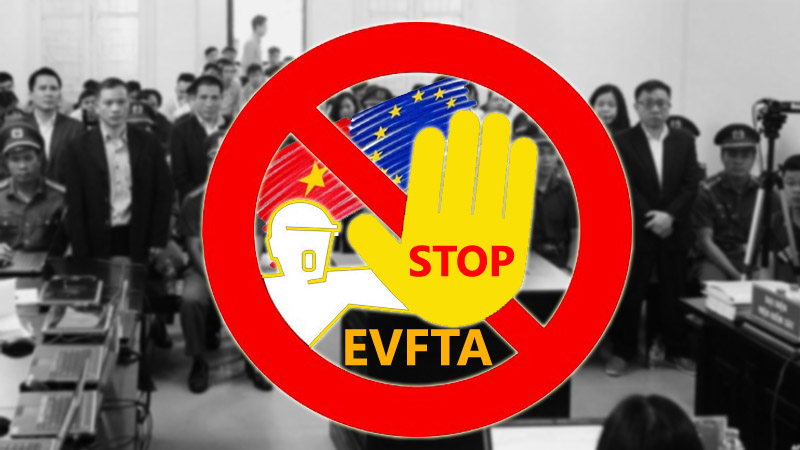 Dozens of organisations including rights groups and pro-democracy activists have urged the European Union to reject a proposed free trade agreement with Vietnam, accusing the one-party state of being among the “worst enemies” of human rights.

The deal, which was signed in 2015 but has yet to be ratified by the European Parliament due to legal wrangling, would eliminate trade tariffs and be a major boon for Vietnam’s economy.

The trade pact is seen as particularly important for Vietnam after the US last year pulled out of the massive Trans-Pacific Partnership (TPP), from which the Southeast Asian nation stood to make enormous gains.

But in a letter Thursday, a total of 90 organisations called on the EU to pull out of the agreement and accused the communist country of waging a crackdown on critics.

“It would be a disgrace if European countries were to ratify free trade with a country that is one of the world’s worst enemies of freedom of expression, freedom of the press and freedom of association,” said the open letter addressed to the EU Council and the European Parliament.

The letter accused Vietnam of “arbitrarily” detaining scores of dissidents over the past year, including several prominent members of the Brotherhood for Democracy activist group who were handed heavy sentences in April for attempting to overthrow the state.

It also said the EU should freeze economic cooperation with Vietnam until Hanoi releases all political prisoners and “demonstrates its full respect for freedom of information and freedom of association”.

Vietnam has denied rights abuses and said it jails activists in line with the law. The government and the EU did not reply to requests for comment on Thursday.

However, in December the European Parliament passed a resolution expressing concern about “the rise in the number of detentions, arrests and convictions of Vietnamese citizens related to the expression of their opinions” and called for their release.

Signatories of the letter include Reporters Without Borders (RSF), the Social Democratic Party of Europe and the Vietnam-based Brotherhood for Democracy group.

RSF said Thursday the EU should reconsider the deal in response to Vietnam’s recent rights crackdown.

“The will of authorities is really to crush anybody who raises their voice… this is the risk you take if you dare to speak up,” the head of RSF’s Asia-Pacific desk Daniel Bastard told AFP.

The European Union was Vietnam’s second largest export market in 2017 after the United States, sending $38.3 billion in goods to the bloc.

The manufacturing hub mostly exports cheap phones and computers, shoes and clothes, and coffee and cashew nuts to Europe. Its leading imports from the 28-member bloc are machinery and aircraft.

Vietnam has eagerly courted trade partners since US President Donald Trump pulled out of the sprawling 12-country TPP last year.

The deal is moving ahead with 11 countries though it is significantly watered down without the world’s number one economy.