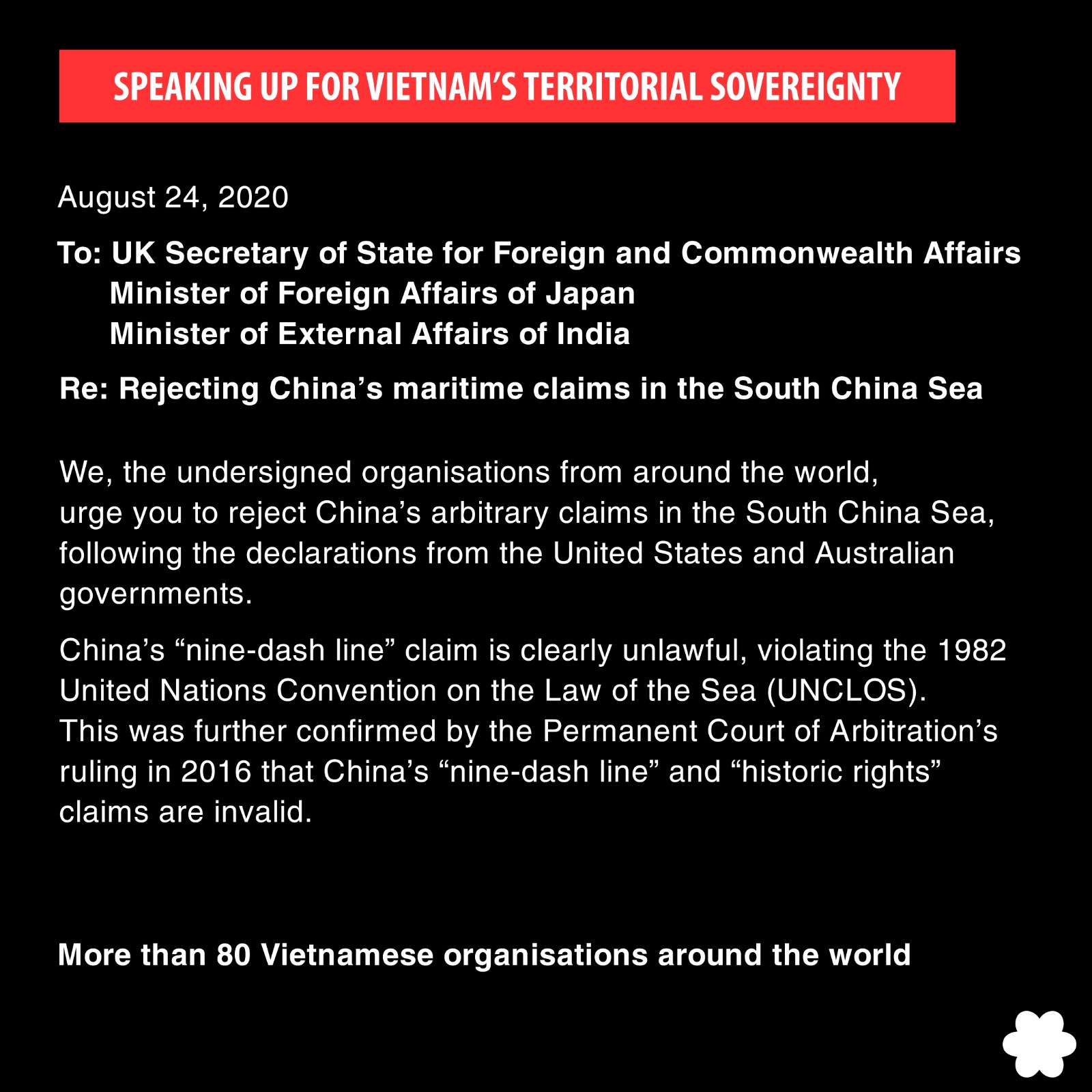 Over 80 organizations and community groups around the world signed a joint letter urging the United Kingdom, Japan, and India to denounce China’s maritime claims in the South China Sea.

The U.S. Department of State issued a statement on July 13 that declared China’s claims in the South China Sea as illegal. Ten days later, the Australian government sent a letter to the General Secretary of the United Nations. Australia emphasized the 2016 verdict of the Permanent Court of Arbitration (PCA), which determined that China did not have “historic rights” to the South China Sea and the “nine-dash line” indicating territorial sovereignty has no legal basis.

If the United Kingdom, Japan, and India join with the United States and Australia in speaking up about the South China Sea dispute, it will encourage other countries such as Vietnam, Malaysia, and the Philippines to confront China’s territorial expansion in the region.

In addition to the community-led letter, a number of organizations in Japan will meet with the Ministry of Foreign Affairs in Japan on Monday, August 24 to present the joint letter and advocate for Japan’s rejection of China’s claims in the South China Sea.

Re: Rejecting China’s maritime claims in the South China Sea

We, the undersigned organisations from around the world, urge you to reject China’s arbitrary claims in the South China Sea, following the declarations from the United States and Australian governments.

As maritime democracies, the United Kingdom, Japan, and India have a key role in safeguarding peace and stability within the region by reinforcing respect for international rule of law. China’s “nine-dash line” claim is clearly unlawful, violating the 1982 United Nations Convention on the Law of the Sea (UNCLOS). This was further confirmed by the Permanent Court of Arbitration’s ruling in 2016 that China’s “nine-dash line” and “historic rights” claims are invalid.

It is critical that democratic powers stand firm against China’s aggression and encroachment. We call on your governments to join with the United States and Australia in formally dismissing China’s claims in the South China Sea–in order to establish a foundation for a free, open and secure Indo-Pacific region.