Six Human Rights Defenders to be Tried in Hanoi 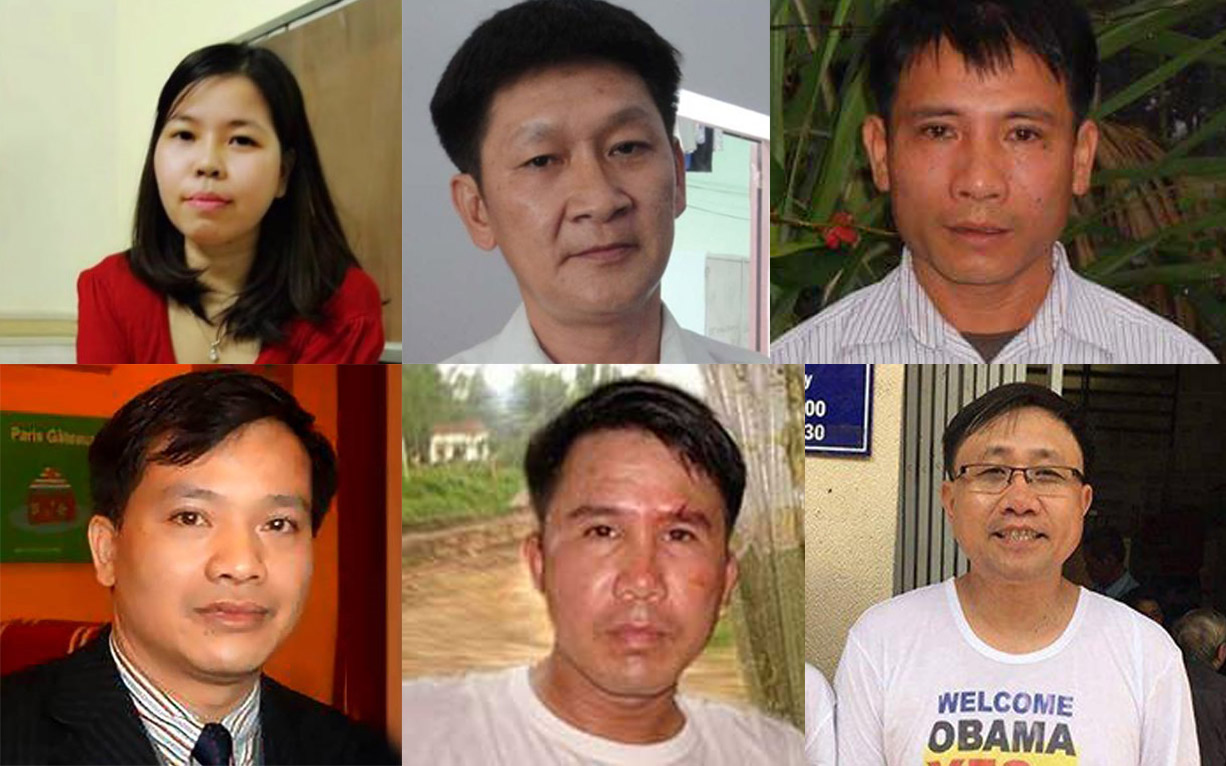 Vietnamese authorities must immediately and unconditionally release six human rights defenders who are due for trial in Hanoi on April 5, 2018. The six activists are members of the Brotherhood for Democracy, an organization promoting human rights and democracy in Vietnam. They are: Nguyen Van Dai, Pham Van Troi, Nguyen Trung Ton, Truong Minh Duc, Nguyen Bac Truyen and Le Thu Ha.

All six have been charged for “activities aimed at overthrowing the people’s administration” under Article 79 of the 1999 Penal Code. These trumped up charges can lead to an imprisonment of between 12 and 20 years, life imprisonment or capital punishment if they are convicted.

The United Nations Working Group on Arbitrary Detention (UNWGAD) declared Nguyen Van Dai’s detention as arbitrary in its decision in April 2017 and recommended that the Vietnamese government to immediately release him and provide an enforceable right to compensation. The UNWGAD found that the detention of Nguyen Van Dai was arbitrary on four separate grounds, namely: the absence of any legal justification for detention; the deprivation of liberty resulted from the exercise of protected rights; the denial of protected fair trial rights was so grave as to render the detention arbitrary; and, the deprivation of liberty: was discriminatory. The UNWGAD also noted that the widespread imprisonment of Vietnamese activists violates international law and “may constitute crimes against humanity.”

The four other defendants — Pham Van Troi, Pastor Nguyen Trung Ton, Truong Minh Duc, and Nguyen Bac Truyen — were arrested in July 2017 in a crackdown on peaceful expression. All four are citizen journalists and former prisoners of conscience.

The Brotherhood for Democracy was founded in May 2013 with the aim to increase civic awareness of and to promote fundamental rights and freedoms recognized by the Universal Declaration of Human Rights. Members have engaged in peaceful efforts across Vietnam to organize training workshops, support victims of land seizures, and empower people affected by the Formosa toxic spill.

Since 2017, Vietnamese authorities have detained or issued arrest warrants for over 40 activists and bloggers. Authorities continue to conduct sham trials, sentencing prominent human rights defenders who have never advocated violence, to lengthy prison sentences based on vague national security laws.

We condemn the arrests of these six human rights defenders and call on the Vietnamese government to immediately release them and withdraw all charges and release other peaceful activists and advocates of free expression who have been arbitrarily detained.