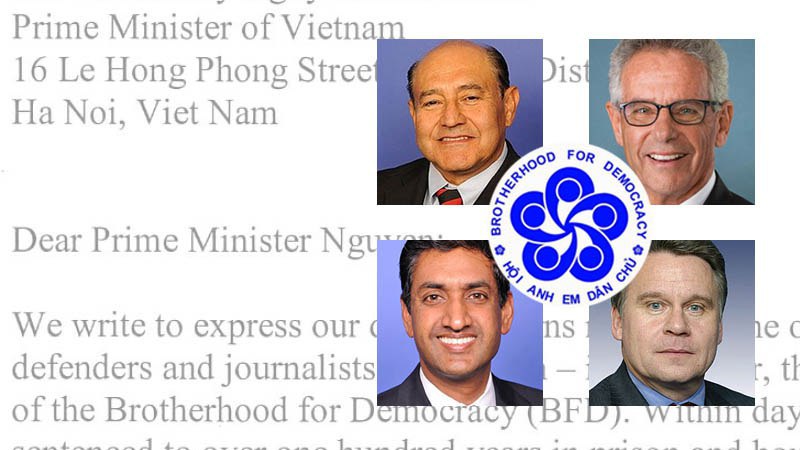 According to many human rights organizations, human rights lawyer Nguyen Van Dai and other members of the BFD have been imprisoned for advocating for rights recognized in the Universal Declaration of Human Rights. Activities conducted by the members of the BFD include trainings on civil society, human rights, and democracy, and providing humanitarian aid to victims of natural disasters.

The United Nations Working Group on Arbitrary Detention (UNWGAD) declared Nguyen Van Dai’s detention “arbitrary.” The UNWGAD along with the United States Department of State have called for all charges against these activists to be dropped.

We want to emphasize that the Socialist Republic of Vietnam is a signatory of the International Covenants on Human Rights and has committed to respecting individual freedom of belief, speech, association, press, and right to uphold assembly and political expression. The recent trials and continued criminalization of peaceful political activities clearly contradict Vietnam’s own commitment to internationally accepted standards of human rights. We urge the Government of Vietnam to release the activists and bloggers mentioned above as well as all other prisoners of conscience in Vietnam.