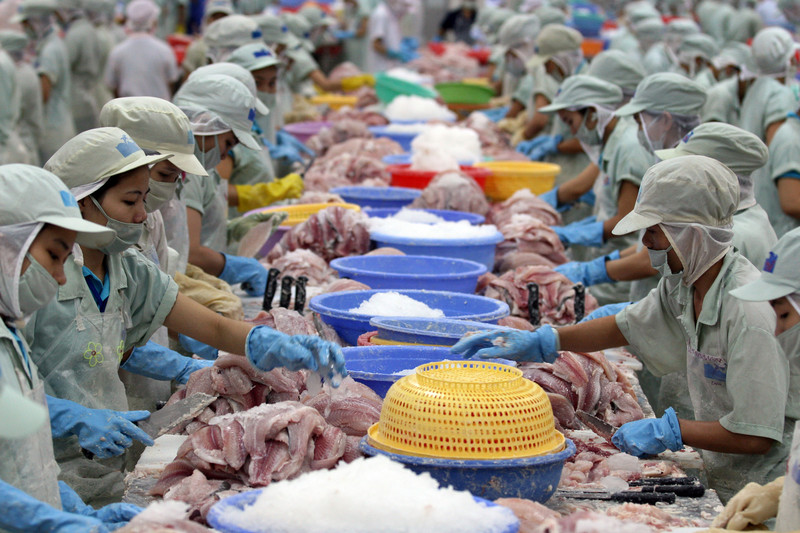 In coming weeks, the European Parliament is expected to take a binding decision on whether to approve, postpone or reject the EU-Vietnam Free Trade Agreement (FTA) and Investment Protection Agreement (IPA).

The votes come after a long, troubled path, whose end might not be in sight.

Negotiations between the Commission and the Vietnamese government went from 2012 to June 2019.

During this time, Vietnam has been engaged in a brutal crackdown on dissent and organised labour, especially since 2016. Scores of human rights activists, journalists, bloggers, religious figures and union campaigners have been brutally attacked or imprisoned under the country’s draconian penal code for peacefully expressing their views.

In several cases, people have been convicted for nothing more than posting materials on Facebook.

The EU has repeatedly highlighted this negative trend, including just a few weeks before the negotiations concluded.

The worsening human rights record has led many in the European parliament to voice concerns. In September 2018, 32 MEPs sent a letter calling for concrete human rights improvements in Vietnam before any parliament vote on the deals.

Concerns were raised again in October 2018 during a hearing with Vietnamese authorities, and reiterated a month later in an urgent resolution.

Regrettably, the government’s crackdown has continued, with the adoption of a problematic cybersecurity law last January and new waves of arrests of perceived critics.

Vietnam also rejected the EU member states’ recommendations during its latest scrutiny at the UN to amend or repeal abusive legislation and to release political prisoners.

In June, a group of MEPs sent a letter asking again for concrete human rights improvements to serve as benchmarks for the parliament’s upcoming consent procedure.

The parliament’s foreign affairs committee expressed the same position a few months later in a non-binding opinion, mirroring a recent call by international and Vietnamese groups, including Human Rights Watch.

Notably, Pham Chi Dung, one of the signatories of that appeal, and author of a parallel petition, was arrested on November 22, most likely for his outreach to MEPs. The arrest sparked outrage in parliament, which led to a letter by president David Sassoli raising his case.

The Vietnamese ambassador’s reply, seen by Human Rights Watch, plainly defends the arrest and shamelessly compares Vietnam’s limitations to freedom of expression to those in place in western countries.

In December, MEP Jan Zahradil, stepped down from his long-standing rapporteur role for the trade deals following allegations of institutional links with the Vietnamese Communist Party.

The European Trade Union Confederation (ETUC) then joined the choir of voices urging the postponement of the consent until Vietnam achieves clear human rights benchmarks, concurring in the assessment that its penal code stands in the way of labour freedoms, regardless of the recent labour law reform.

In an attempt to address some of these concerns, some trade committee members asked for a binding roadmap on the (long overdue) ratification of the core labour rights conventions, unconvinced by the Vietnamese government’s self-imposed, non-binding and un-enforceable deadline of 2023.

The committee members also timidly raised some wider human rights concerns, and called for bringing the penal legislation “in line and in coherence with ILO (International Labour Organisation) conventions”.

On January 6, prime minister Nguyen Xuan Phuc replied, claiming airily that “it is a consistent policy of the government of Vietnam to protect and promote human rights,” and failing to address the MEPs’ most controversial proposals, including reform of the penal code.

So where are we now?

Unless there is a change in the schedule, on Tuesday (21 January) the trade committee has to adopt its final position on the deals, which would then face a final vote in plenary in early February.

Trade MEPs are in a rather difficult position.

A majority in the committee could grant immediate consent to the deals. But a growing number of MEPs have become aware of the brutality and unreliability of the Vietnamese regime, and realise that this vote is one of the rare occasions in which they have binding power in EU foreign policy – and that they can and want to use this authority to secure concrete human rights improvements in Vietnam.

Many have manifested strong discomfort with the continued detention of Pham Chi Dung, and there is a widespread feeling that granting consent when the Vietnamese government has met none of the human rights requests put forward by MEPs would seriously undermine the credibility of the parliament.

It would also risk exacerbating internal divisions within political groups and among different committees that could lead to a negative vote in February.

Instead of choosing whether to compromise the deals or their own principles and credibility, in the coming weeks MEPs have an opportunity to form a common front and set some concrete, achievable and strategic human rights benchmarks, and agree to green light the deals only once Vietnam meets them.

If one had to mention only two of them, they could be: a serious commitment to reform the penal legislation, and the release of political prisoners, starting with Pham Chi Dung and others whose health is at risk.

To simply vote to consent, without getting anything from the Vietnamese government, is to waste an unprecedented opportunity for positive change in the country.