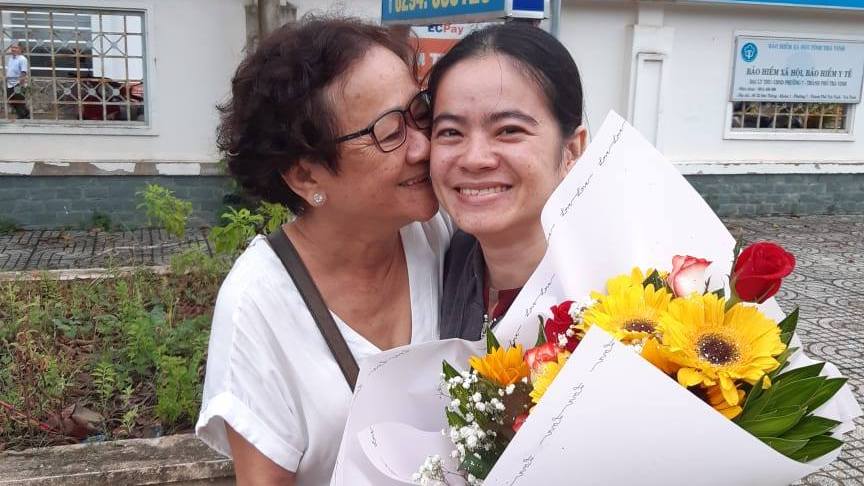 A social activist and member of Viet Tan, Nguyen Dang Minh Man was arrested in July 2011 during a crackdown on bloggers and citizen journalists. Known for capturing photos of the slogan “HS.TS.VN” that were posted in public spaces throughout Vietnam, Minh Man was subsequently convicted alongside 13 other individuals for “attempting to overthrow the state” (Article 79 of the Vietnamese Penal Code) and sentenced to 8 years in prison and 5 years house arrest.

Now 34-years old, Nguyen Dang Minh Man’s harsh prison conditions have been widely documented, with reports that she was given inedible food and prevented from accessing clean water. To protest the ill-treatment towards her and other prisoners of conscience, she conducted several hunger strikes in 2014 and 2015. Her family also reported that Nguyen Dang Minh Man was physically attacked before being placed in solitary confinement on multiple occasions.

The United Nations Working Group on Arbitrary Detention (UNWGAD) determined that Nguyen Dang Minh Man’s detention violated international law and called for her immediate and unconditional release. The case was submitted on Minh Man’s behalf by the Media Legal Defence Initiative (MLDI) and students from the Freedom of Expression Law Clinic at Zagreb University.

In 2015, her father Nguyen Van Loi, spoke before the Congressional Vietnam Human Rights Caucus in the US Capitol Building to raise awareness about her case and the squalid prison conditions female prisoners of conscience have to endure.

Do Hoang Diem, Chairman of Viet Tan stated: “We thank human rights organisations and the international community for the continued advocacy for Nguyen Dang Minh Man. She should never have been jailed in the first place and her house arrest must be repealed immediately.”

Of the activists originally trialled with Nguyen Dang Minh Man, Ho Duc Hoa remains in prison and Nguyen Van Oai was re-arrested and detained in 2017. In addition, dozens of bloggers and citizen journalists have been arrested over the past two years. In recent weeks, prisoners of conscience in Camp 6 in Nghe An province conducted hunger strikes to protest poor conditions in detention.