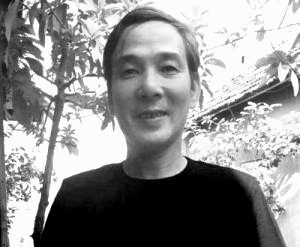 Mr Lượng, 52, is a citizen journalist and an environmental and political activist. At the time of his arrest, he was a member of the Viet Nam Reform Party (“Viet Tan”), a peaceful organisation aimed at building sustainable democracy in the country. As part of his journalistic work, Mr Lượng has written about human rights abuses in Viet Nam and commented on the need for democratic reform. Over the years, Mr Lượng’s reporting and public activism have resulted in him being targeted by the authorities. He has been placed under surveillance by state agents and has been attacked and viciously beaten alongside other human rights activists.

In July 2017 Mr Lượng was arrested by the Security Police in Nghê An province and charged with “carrying out activities that aim to overthrow the people’s administration”. This is the charge often deployed by the Vietnamese Government against journalists and human rights activists exposing corruption and incompetence in the state. His arrest was a consequence of his involvement in campaigns protesting the 2016 Formosa environmental disaster. The disaster killed tonnes of fish and destroyed the livelihood of thousands of fishermen along a 120-mile stretch of Viet Nam’s coastline. In the wake of that disaster, Mr Lượng campaigned for fishermen to receive compensation and joined public protests against the company, which had illegally dumped toxic waste into the ocean.

Following his arrest, Mr Lượng was held in pre-trial detention for over 12 months and convicted on 16 August 2018. The proceedings were notable for the complete absence of any semblance of fair procedure. He was sentenced to 20 years’ imprisonment with a five year probationary term to be served after his prison sentence. Mr Lượng’s sentence is reported to be one of the most severe imposed on a political prisoner in Viet Nam the last few years. That sentence was handed down on the same day as his trial which lasted just over five hours.

Since Mr Lượng’s arrest in July 2017, there are reports from family members and human rights groups that he has been mistreated in prison. His family have not been allowed to visit him and the authorities have refused to allow necessary medication. His health problems have worsened due to the conditions in the prison.

This Petition is the latest in a long line of cases MLDI has brought on behalf of Vietnamese journalists and human rights activists.

In a previous Opinion criticising Viet Nam’s crackdown on journalists the UNWGAD noted that, “widespread or systematic imprisonment or other severe deprivation of liberty in violation of the rules of international law may constitute crimes against humanity.” Yet Viet Nam continues to engage in a widespread crackdown against journalists and other activists who have sought to legitimately exercise their right to free expression. Mr Lượng is the latest victim of a flagrant denial of justice. He is one of many Vietnamese journalists convicted on trumped up charges related to national security concerns and imprisoned to prevent criticism of the government. In recent months two of those journalists have been released, and expelled the country.

There are more than 100 prisoners of conscience in Vietnamese prisons. Through this Petition UNWGAD should now hold the Vietnamese government to account, find that Mr Lượng’s detention is arbitrary and contrary to international law and, consistent with its previous observations, find that Viet Nam’s policy of systematically imprisoning journalists and human rights defenders amounts to a crime against humanity.

MLDI would like to thank students participating in the Freedom of Expression Law Clinic at the University of Edinburgh, Faculty of Law for their assistance with this case.