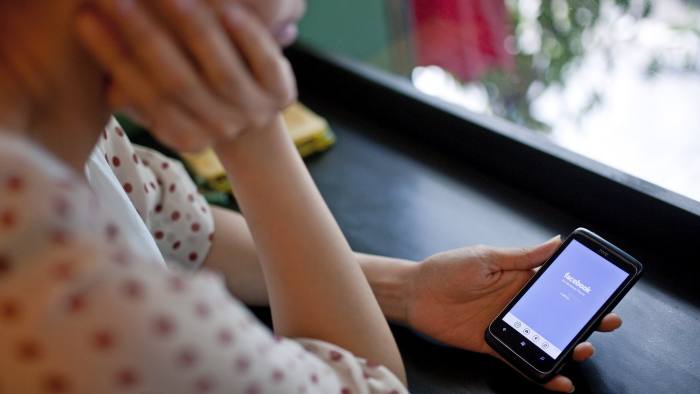 A group of US Congress members has written to Mark Zuckerberg and Sundar Pichai, the chief executives of Facebook and Google, urging them not to store users’ data in Vietnam, as required by the country’s restrictive new cyber security law.

The law, passed by the country’s rubber-stamp parliament last month, will require foreign technology companies to open offices in Vietnam, and in some cases compel internet companies to take down posts or hand over users’ data to Vietnam’s Ministry of Public Security.

“The cyber security law does nothing to protect internet users,” 17 members of both the Republican and Democratic parties wrote in the letter, which was seen by the FT. “Rather, it is a blatant effort by the Vietnamese government to crack down on online expression by enlisting the help of leading technology companies — especially Facebook and Google.”

The high-profile intervention from Washington highlights the awkward position internet companies now face as they weigh the attraction of Asia’s fastest-growing markets — Vietnam said its economy grew 7.08 per cent in the first half of this year — against the risk of being seen as collaborating with communist authorities to stifle free speech and dissent.

The law requires online companies operating in Vietnam to remove content within 24 hours of receiving a request from either the public security or information and communications ministries.

When the law was passed on June 12, internet companies warned it would undermine Vietnam’s ambitions to promote innovation in its economy. Officials said that it needed the law to ensure national security.

“It is already being reported that your companies have removed video and accounts after requests by the Vietnamese government,” the US legislators wrote, “including accounts of users in California and Germany” — both of which have large Vietnamese diaspora communities.

They also urged Facebook and Google to set transparent guidelines for content removal, and to “promptly publish” the number of requests they received from the Vietnamese government, as well as the number of times they complied with such requests.

“If the Vietnamese government is coercing your companies to aid and abet censorship, this is an issue of concern that needs to be raised diplomatically and at the highest levels,” the lawmakers wrote.

The letter’s signers come from both major US parties and were led by Christopher Smith, a New Jersey Republican, and California Democrats Alan Lowenthal and Zoe Lofgren, co-chairs of the congressional caucus on Vietnam.

Unlike China, Vietnam allows foreign social media companies to operate. Facebook, Google, YouTube, and messaging apps have been a primary source of communication for civil society groups, and contacts between people in Vietnam and Vietnamese communities overseas.

According to the consultancy We Are Social, 64m of Vietnam’s 96m people are internet users — a number that grew 28 per cent last year. Google and Facebook are Vietnam’s two most popular websites, based on page visits.

Human Rights Watch last month urged Vietnam to revise the law, and said that its government and ruling Communist party had “a long record of punishing political and social dissent under the rationale of protecting national security”. Vietnam has in recent years imprisoned dozens of people, including bloggers, for joining protests or publishing content critical of the government.

In April, Vietnamese activists accused Facebook’s Mr Zuckerberg of working with Hanoi to take down content and suspend accounts. Facebook said that at times it faced demands to remove or restrict access to content “even though it doesn’t violate our community standards”.

Facebook and Google declined to comment on the letter, referring requests for comment to the Asia Internet Coalition, an industry lobby group. The AIC said the new law had “created great uncertainty for investors” and was hurting the country’s business reputation.

“We strongly feel that controls on data flows and restrictions on free speech will stifle growth for local entrepreneurs and businesses and deter foreign investment in the country,” Jeff Paine, the group’s managing director, said in an emailed statement. “ AIC is committed to continue engaging with the government of Vietnam on how the law will be implemented.