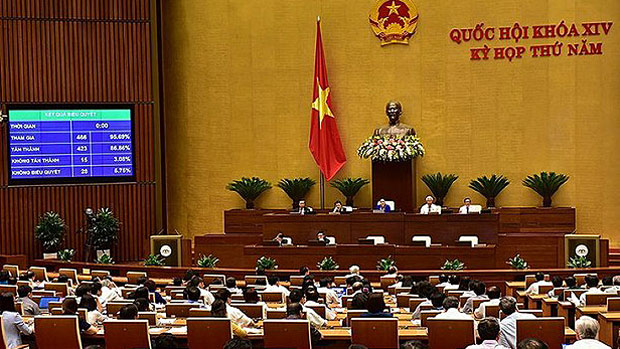 Vietnam’s national assembly has approved new legislation aimed at further restricting citizens’ use of the internet, voting on Tuesday to require providers to delete posts considered “threatening” to national security and to store users’ personal information inside the country.

The cybersecurity bill, which was opposed by only 15 of the 466 lawmakers present for the vote, will become law on Jan. 1, 2019, news reports from the region said.

“In the country’s deeply repressive climate, the online space was a relative refuge where people could go to share ideas and opinions with less fear of censure by the authorities,” said Clare Algar, Amnesty’s director of global operations.

Noting that the new law can work only if foreign-based companies like Facebook and Google agree to demands by Vietnam to “hand over” private data, Algar urged tech firms to push back against requests for cooperation.

“These companies must not be party to human rights abuses,” she said.

“It’s a blatant effort by the Vietnamese government to crackdown on online expression by enlisting the help of Western technology companies such as Facebook and Google,” he said in a statement, which called on those U.S. tech firms to avoid abetting Vietnam’s censorship.

“It would be a tremendous business mistake and reputational catastrophe for any internet company to house it servers and data inside Vietnam,” warned Hoang.

Meanwhile, journalists in Vietnam said that many are already being jailed under laws now on the books in the one-party communist state.

“Nothing is going to change,” freelance writer Pham Chi Dung told RFA’s Vietnamese Service on Tuesday. “We are dissidents and are used to suppression and harassment.”

“Before this new law was passed, they were already using Articles 88 and 258 of the penal code, which punish activities described as ‘conducting propaganda against the state’ or ‘abusing democratic freedoms,’” the writer said.

“They are prosecuting a lot of dissidents even without this [new] law,” he said.

Also speaking to RFA, freelance journalist Vo Van Tao said that though “intellectuals are very worried about this new law,” authorities still routinely arrest and jail those critical of the government under other laws.

“Writing online, writing newspaper articles, writing books, or even talking to each other are all considered propaganda,” he said.