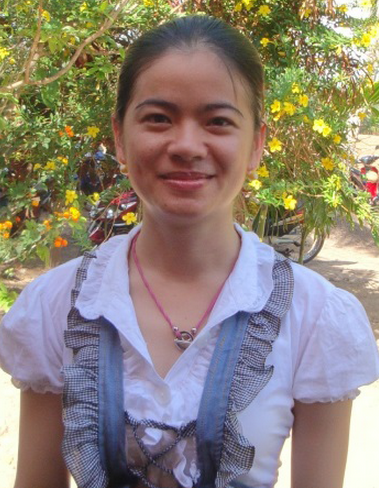 Nguyen Dang Minh Man, 34, a Vietnamese photojournalist and social activist, was arrested and detained in 2011 after publishing photos she had taken of a protest slogan that had been painted in public spaces. In 2013, she was convicted of ‘attempting to overthrow the government’ and sentenced to eight years in prison, and five years under house arrest. On 2 August 2019 she was released from prison, however she remains under house arrest.

Padraig Hughes, MLDI’s Legal Director said, “The community of independent bloggers and journalists in Viet Nam has been decimated in recent years as a result of the government’s heavy handed response to unwelcome comment and criticism. While we welcome Minh Man’s release from prison, she remains under house arrest. She is one of a large number of journalists who remain in detention for exercising their legal rights. We will continue to challenge these detentions and call on the international community do more to pressure Viet Nam to release those journalists.”

Nguyen Dang Minh Man is known for documenting protests and social injustices in Viet Nam. She also takes photos of police brutality and gathers evidence to expose corruption by government officials. A member of Viet Tan, a peaceful pro-democracy network, she began documenting the movement against China’s territorial claims over the Paracel and Spratly Islands in 2010. She captured photos of the slogan ‘HS. TS. VN’ that were posted in public spaces throughout Viet Nam. This related to the South China Sea Dispute, between Viet Nam and China over territories. ‘VN’ meant Viet Nam, while and ‘HS’ and ‘TS’ are the abbreviations for the Vietnamese names of the two disputed islands, Paracel (Hoang Sa) and Spratly (Truong Sa). She also covered various demonstrations held in Saigon against China’s territorial claims in June 2011.

After publishing the photos, Nguyen Dang Minh Man was arrested and detained for 2 years while awaiting trial. She was eventually tried in 2013 along with 13 other individuals in one of the largest mass trials in Viet Nam. Despite the number of defendants, the trial only lasted two days. Ms. Minh Man was sentenced to eight years in prison and five years under house arrest for ‘attempting to overthrow the government’.

According to her family, Nguyen Dang Minh Man was subjected to harsh prison conditions, often given inedible food and prevented from accessing clean water. To protest the ill-treatment towards her and other prisoners of conscience, she conducted several hunger strikes in 2014 and 2015. Nguyen Dang Minh Man’s family also reported that she was physically attacked, and was placed in solitary confinement on multiple occasions, with the latest incident occurring in 2017.

In 2015, Media Legal Defence Initiative (MLDI) and students from the Freedom of Expression Law Clinic at Zagreb University, filed a petition with the UN Working Group on Arbitrary Detention (UNWGAD) requesting that it consider whether her detention was in accordance with international law. In 2016, UNWGAD found that Nguyen Dang Minh Man’s detention violated international law and called for her immediate and unconditional release.

Nguyen Dang Minh Man was released on August 2, 2019 before returning home to Tra Vinh province. Upon her release she said: “Thank you to everyone who has been concerned about my case. Knowing that there are people who have continued to advocate for my release has provided with me with more motivation to continue my activism.”