I was three and a half years old when our family boarded a small boat on the Saigon river to escape the country of my birth in late April 1975. Communist tanks were fast moving on the capital city and amid the carnage the last vestiges of a free Vietnam was fading away. Grief on the faces of relatives helped me understand what was happening: we had lost our country.

I was among the first wave of Vietnamese, perhaps two million in all, who took to the high seas, trekked through dangerous war zones to find freedom. As the 30th anniversary of April 30, 1975 approaches, I think of what could have been, what really happened, and what the future will hold.

In a university library some time ago, I found a copy of the Republic of Vietnam constitution. Reading it made my eyes swell. I still remember the language in the preamble reaffirming that Vietnam is one nation from the Ai Nam pass on the northern border all the way down to Ca Mau on the southernmost tip. Would South Vietnam have developed into a South Korea or Taiwan had it fend off communist aggression a few more years as a more responsible and enlightened citizenry and leadership emerged? After all, the communist North won by strength of arms—not from a superior social model capable of harnessing the talents of the people in time of peace as well as war.

The American perspective of that time is often colored by the perceptions of the anti-war movement and later Hollywood. Think of the pictures that were replayed so many times that they become stuck in the popular conscience: the point-blank execution of a Viet Cong guerilla by a South Vietnamese police officer during the 1968 Tet offensive, the naked girl suffering napalm burns running down the road, the bodies piled up at My Lai. All these images suggest brutality and war crimes inflicted by Americans “and their South Vietnamese allies.”

What is often less mentioned are the assassinations and terror campaign conducted by the Viet Cong. In the month the communists held Hue after Tet, over 5,000 civilians were massacred and dumped into mass graves. Where were the photo-journalists throughout the years when countless innocents suffered from indiscriminate shelling of villages and cities by communist forces? Can we forget that while the killing of civilians at My Lai was unconscionable, it was the act of individual American soldiers who were subsequently tried and punished. On the other hand, the war crimes perpetrated by the Vietnam Communist Party through its regular army and guerrilla forces were systematic, massive, and never brought to justice.

It doesn’t help that in the years since Hollywood (particularly Oliver Stone) has often simplified Vietnamese into the following caricatures: women as “boom boom”, villagers as “VC”, and South Vietnamese soldiers and officials as corrupt and cowardly.

It is trendy in some quarters to call the conflict the “American War,” which is the communist perspective of the tragedy. That view tries to depict the war as one between America and Vietnam, which was far from the truth. Why not then call it the “Soviet War” because resisting communist ideology and aggression was what motivated a generation of Vietnamese nationalists to defend South Vietnam.

So for me remembering the past is understanding the history that led my family to escape our homeland and to honor the sacrifices of millions of Vietnamese and Americans for an independent, free Vietnam.

I always get emotional when I meet an American veteran who served in Vietnam. I make it a point of thanking him for having been an ally of the Vietnamese people and serving a noble cause. I live in Washington DC, not too far from the Vietnam Veterans Memorial. Each time I visit the Wall, I am grateful and awestruck by the 58,000 names on the black granite.

The past is important and must be understood. But you cannot live in the past. There’s no sense dwelling in it. April 30, 2005 is a chance for us to take stock of where we are as a Vietnamese American community, to celebrate our growing civic involvement, and to express our enduring aspirations for Vietnam. In short, shaping the future is the challenge for us.

No longer just a refugee community, Vietnamese are now part of mainstream America. And what a more powerful way to send that message than to gather in the nation’s capital on the 30th anniversary of the Diaspora? This is the motivation that led me to join the organizing committee of the Vietnam Freedom March (www.april30.org). Many of the organizers for this event, like me, were young children in 1975 or not even born yet.

We were inspired by the civil rights movement which came to Washington DC on the centennial of the Gettysburg Address to demand equal rights for all Americans. We were encouraged by the experiences of other social groups who rallied on the National Mall to demonstrate political empowerment. And so we are determined on this important commemoration to march to the US Capitol to pay tribute to our adopted home, America, and to call attention to the social injustices and human rights violations in our eternal homeland, Vietnam.

Why is it that an 85-year old Vietnamese monk, the Most Venerable Thich Huyen Quang, is under house arrest because he insists on running a Buddhist church independent of government control? How come a 37-year old internet activist, Dr. Pham Hong Son, sits in jail for translating an article titled “What is Democracy?” What kind of government turns a blind eye to Vietnamese children as young as five being sold into prostitution?

These are the issues of today. On April 30, 2005, thousands of Vietnamese Americans from across the country will march in solidarity. 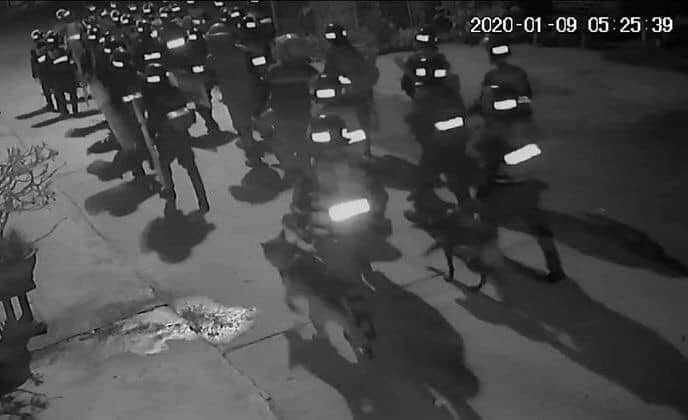 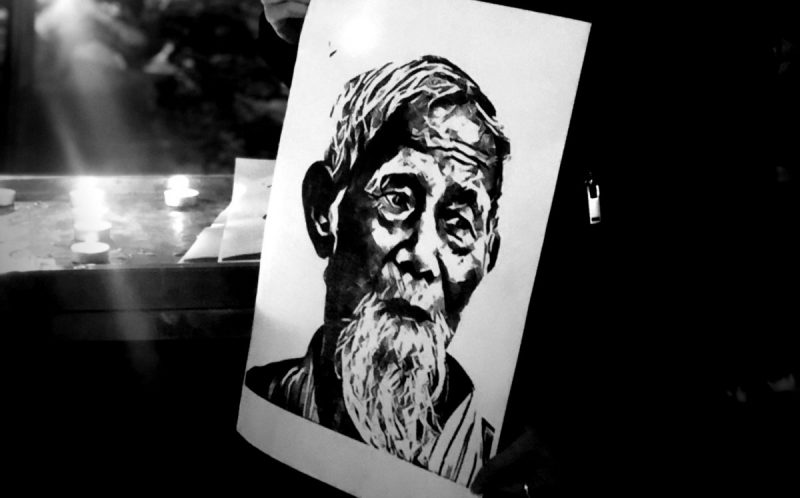