In an interview with Radio Free Asia yesterday, Truong Quoc Tuan, brother of cyber-dissident Truong Quoc Huy, stated that he has fled to Cambodia fearing that his life in Vietnam was in grave danger.

The Truong brothers were previously arrested in October 2005 for participating in pro-democracy chat rooms. The younger brother Huy, an Amnesty International prisoner of conscience, was detained since August 18, 2006 and was expected to face trial on April 16, 2007 for “abusing democratic freedoms.” On Monday, a government official informed the mother of the 26-year-old mobile-phone repairman that her son’s trial was postponed indefinitely. 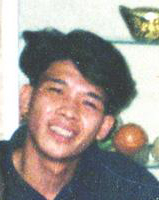 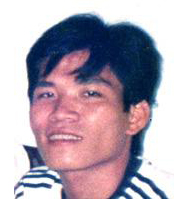 After speaking to an AFP reporter last week, Mrs. Truong’s telephone service was disconnected by the security police. This ploy followed a raid by about 20 police on their home. According to 29-year-old Tuan, the public security was looking for evidence to charge him under article 88 of the Penal Code just like his brother Huy. Article 88 stipulated that “conducting propaganda against the Socialist Republic of Viet Nam” would carry a sentence of up to 20 years imprisonment.

In recent years, human rights and free-speech advocates have been utilizing the Internet to exchange ideas and call for multi-party democracy. The Vietnamese Government has done everything to stifle freedom of expression, including blocking pro-democracy web sites, requiring customers to register when using internet cafes, hacking into the accounts of known dissidents, and monitoring email exchanges. Reporters Without Borders has placed Vietnam in the category of the “world’s 15 worst Internet enemies.”

Truong Quoc Tuan is the second democracy activist to have fled to Cambodia for fear of political retribution. Le Tri Tue, a member of the Bloc 8406 pro-democracy movement and a co-founder of the Independent Labor Union in Vietnam, recently fled to Cambodia to seek protection with the United Nations High Commissioner for Refugees (UNHCR). They are but two of the many Vietnamese citizens targeted by the communist authorities in a widespread crackdown against peaceful political dissent.

Below is the Summons from the People’s Court of Ho Chi Minh City dated April 10, 2007 for Truong Quoc Tuan to appear before the authorities.

The Socialist Republic of Viet Nam

Hereby order: Truong Quoc Tuan Address: 384/55/13 Ly Thai To, Ward 10, District 10, Ho Chi Minh City For: having involvement or obligation to The case of: Hang Tan Phat and others

To participate in the prosecution trial of Hang Tan Phat and Truong Quoc Huy.

(must bring this summon when reporting to the Court; with personal identification card)