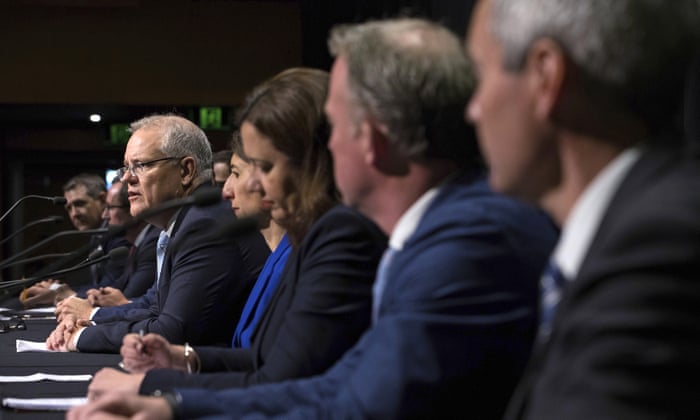 Scott Morrison has been urged to raise human rights concerns with the Vietnamese government when he makes his first official visit there this week, including the case of Australian citizen Chau Van Kham who has been detained since January.

The prime minister travels to Hanoi on Thursday to discuss the strategic partnership signed by Australia and Vietnam in 2018 with Vietnam’s prime minister, Nguyễn Xuân Phúc.

The talks are focused on trade and investment, with Australia keen to talk up the strong strategic partnership in the face of rising Chinese aggression in the region.

Morrison said on Wednesday that Vietnam was one of a number of “free, independent sovereign nations” in the Indo-Pacific region that Australia was prioritising.

“One of the reasons I’ve put so much emphasis on our Indo-Pacific relations, and one of the reasons I’m heading up to Vietnam tomorrow … has been to extend, strengthen, and further build the alliances, the relationships that exist across the Indo-Pacific of free independent sovereign nations simply seeking to be themselves in this part of the world.”

But the Human Rights Watch Australia director, Elaine Pearson, said most Vietnamese were not “free”, and urged Morrison to use the official visit – the first standalone prime ministerial visit since 1994 – to raise Vietnam’s “dire” human rights record.

“They are an independent sovereign nation, but they are not very free,” she told Guardian Australia.

“It is not a free country for most of the Vietnamese citizens who are living there, and I think the Morrison government needs to be clear-eyed about that.”

According to the agency, there are at least 133 political prisoners in the country who have been jailed for exercising basic rights, including freedom of speech, expression and religion.

The Australian retiree Chau Van Kham has been detained for six months without charge and without a lawyer for meeting a member of the outlawed group Brotherhood for Democracy.

Pearson said the situation had worsened in the past two years because there had been less pressure on the Vietnamese government to improve its human rights standing since Donald Trump pulled the US out of the Trans-Pacific Partnership.

Human Rights Watch is calling on the government to focus on the release of political prisoners and restrictions on freedom of expression, association, assembly, information, religion and movement. It is also concerned about draconian cyber-security laws that came into effect in January despite widespread domestic and international criticism.

Australia’s annual human rights dialogue with Vietnam is due to be held next week, but Pearson said the issue should not be relegated to “private dialogues between bureaucrats”.