Following a protest letter on January 29 from 20 Norwegian MPs to Hanoi president Nguyen Minh Triet, another Norwegian MP has offered his personal support for the Vietnamese democracy movement. Peter S. Gitmark, member of the Norwegian Storting, with the assistance of a Viet Tan member, Ms. Vo Hong, traveled through Vietnam to see democracy activists and inquire about the condition of individuals persecuted for their human rights advocacy.

During the five days from February 18-22, Gitmark met in Saigon with relatives of Nguyen The Vu and Nguyen Viet Trung and in Hanoi with novelist Tran Khai Thanh Thuy and her family. 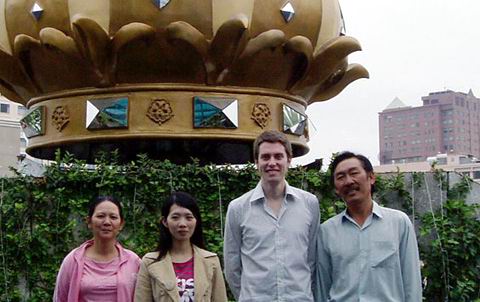 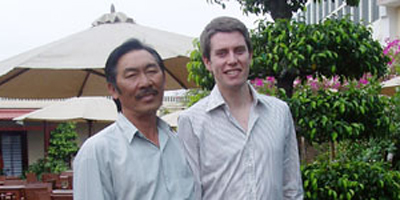 In the meeting with the family of Nguyen The Vu and Nguyen Viet Trung, Mr. Gitmark listened as the relatives discussed the legal status and health of the two brothers. Mr. Gitmark stated that international opinion, especially in Norway, is focused on the case of the two men, along with that of Dr. Nguyen Quoc Quan and journalist Somsak Khunmi. All four have been detained since November 17, 2007, without trial or charges, for distributing leaflets promoting democracy through open, peaceful and nonviolent means.

In the meeting with Tran Khai Thanh Thuy, Mr. Gitmark heard how her entire family was harassed and intimidated before and after she was in prison. She declared that her release was not by the good will of the regime, but because of the efforts of Vietnamese living in and outside the country, and the international community. The constant pressure from all sides on the Hanoi government led to the successful outcome. 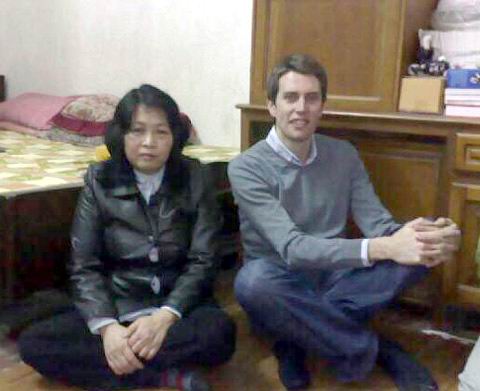 Peter Gitmark expressed admiration for the courage of Vietnamese democracy activists. With this trip, he wanted to further remind the Hanoi regime of the international community’s concern for human rights and especially Vietnamese citizens persecuted for peaceful pro-democracy activities.

Tran Khai Thanh Thuy told how touched she was to meet with parliamentarian Peter Gitmark and Vo Hong. The visit helped her stay resolute. She declared that she would maintain her efforts and not allow herself to be silenced. She would continue, along with fellow democracy activists, to work for the day Vietnam has true freedom.

Vo Hong discussed her deep respect for the difficulties and sacrifices of the democracy activists and their families, especially for the hardships that few people are aware. As a member of Viet Tan, Ms. Hong said she was proud and happy to be in Vietnam standing in solidarity with individuals courageously struggling for human rights.